The State of the Union doesn’t really matter all that much. The president proposes a bunch of things, Congress ignores them, and life moves on. So why do we watch? For the Biden facial expressions, the reaction shots of congressmen, and even, in rare cases, the presidential exploding fist-bumps. Enjoy.

Michelle Obama did a nice little wave when her husband, the president, walked into the House chamber. 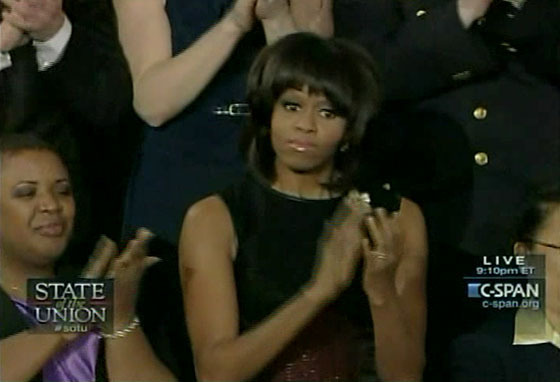 Almost immediately, someone got lipstick on Obama face, and wiped it off as she would for a child. 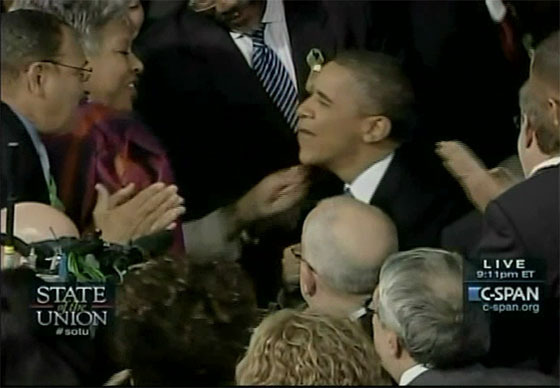 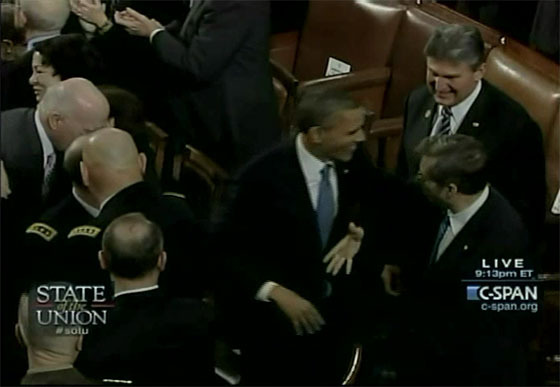 Michele Bachmann did not approve of whatever it is Obama just said. 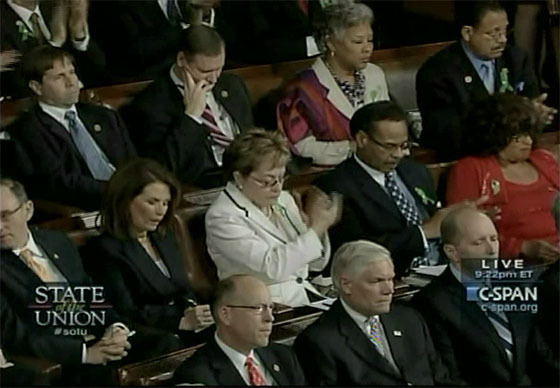 But Paul Ryan appreciates Obama’s commitment to keeping the promises we’ve made to our seniors. 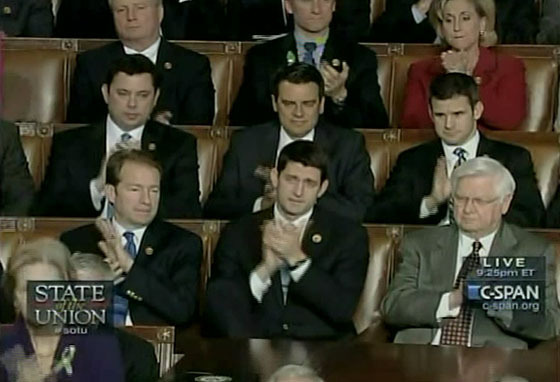 Joe Biden loved it when Obama suggested that Congress “pass the rest” of his jobs legislation. 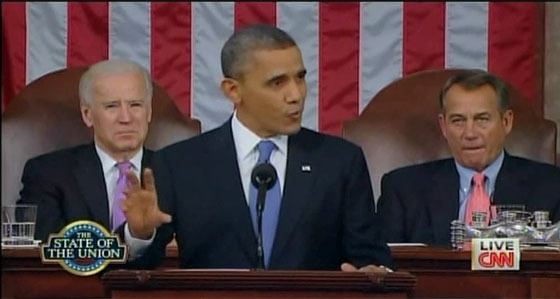 Obama loved his own joke about how much lawmakers enjoy ribbon cuttings. 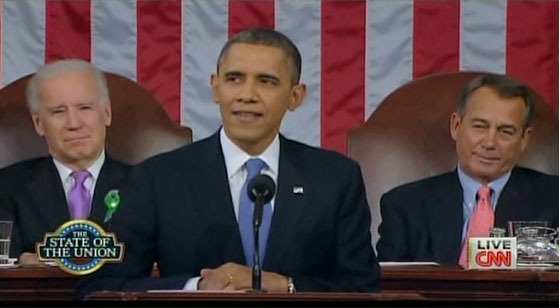 Chuck Schumer is a bobble-head doll. 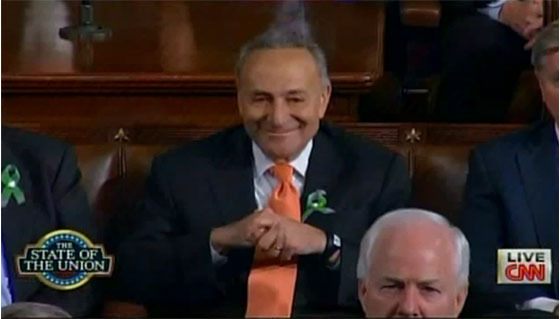 This dude is very excited about raising the minimum wage to $9 an hour. 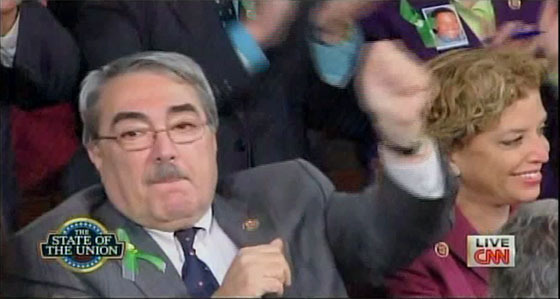 John Boehner goes a little nuts with a tissue. 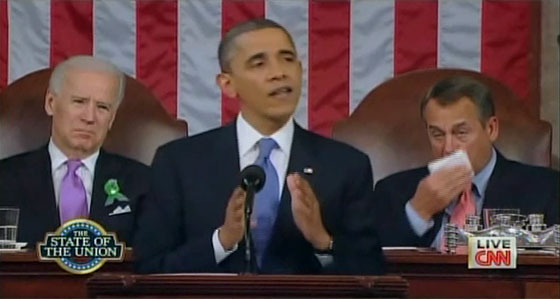 Generals confer, quickly decide that they should stand. 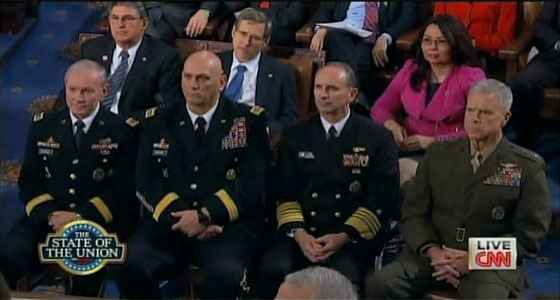 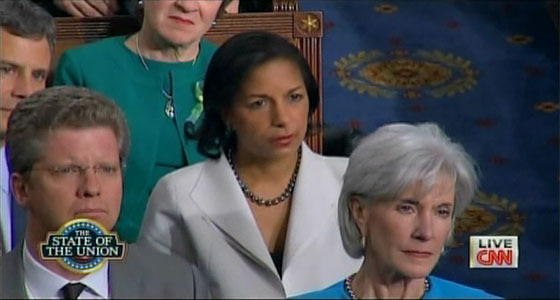 Jill Biden and her friend enjoy a moment. 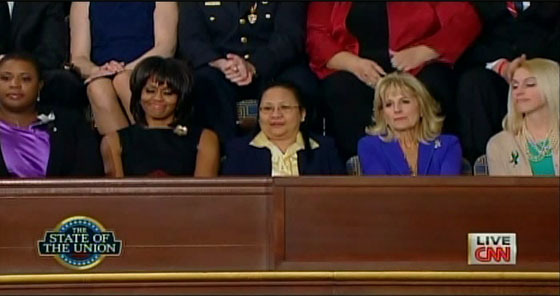 Obama will use his Vulcan death grip on you, Congress. He will. 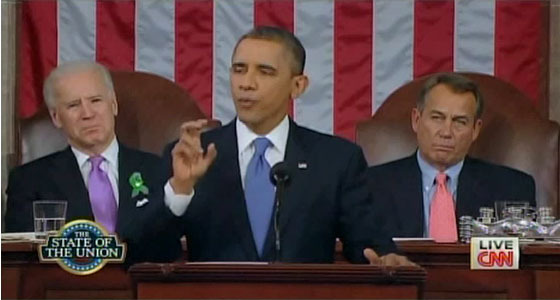 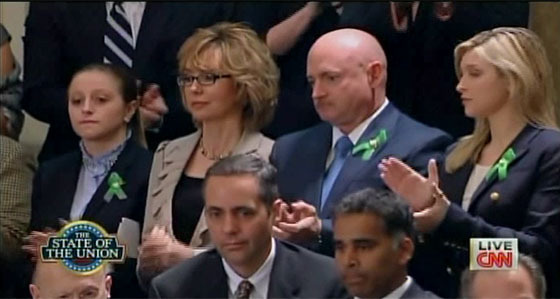 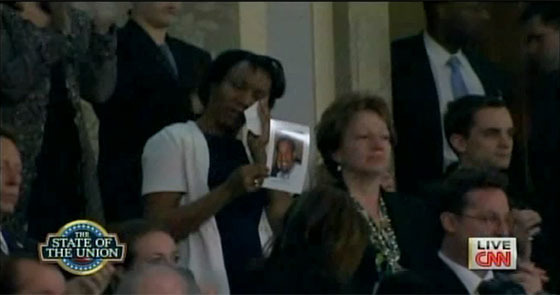 Even though Boehner looked bored out of his mind the whole time, he and Obama shared a pretty enthusiastic handshake when it was all over. 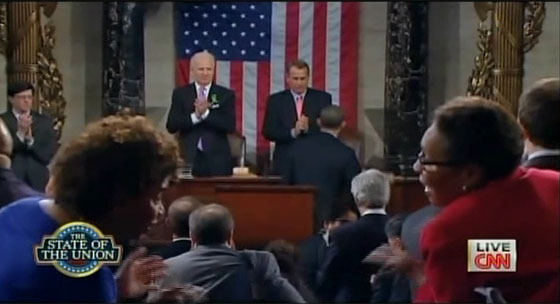 And finally, Rubio trying to maintain eye contact while taking a water break.

We apologize, and will immediately start a thorough review of our exhibit policies and procedures so that this does not happen again.
—@USNatArchives

Black Americans deeply pessimistic about country under Trump, whom more than 8 in 10 describe as ‘a racist,’ Post-Ipsos poll finds
—Washington Post
1/17/2020
politics
politics
We Deserve a Better Debate Over Medicare For All
By Sarah Jones
The case for the policy is a moral one.
1/17/2020
ukraine scandal
ukraine scandal
Lev Parnas Claims That Trump Knew ‘Exactly What Was Going on’ in Ukraine
By Matt Stieb
Giuliani’s fixer in Ukraine claimed that senior administration staff had been “in the loop,” and said he was worried about his physical safety.
1/16/2020
iran
iran
11 U.S. Troops Injured in Iran’s Retaliatory Strike on January 8: Report
By Matt Stieb
Contrasting Trump’s claim that no one was hurt in the strike, service members are reportedly suffering from symptoms of post-concussion syndrome.
1/16/2020
impeachment
impeachment
No Senator Is Less Popular in Their Own State Than Susan Collins
By Ed Kilgore
Collins has been losing ground with voters on both the left and right. Impeachment is going to make things worse.
1/16/2020
white nationalism
white nationalism
FBI Arrests 3 Suspected Neo-Nazis Ahead of VA Rally Catching Far-Right Attention
By Matt Stieb
The three far-right paramilitaries are connected to the neo-Nazi group the Base, and allegedly discussed attending the gun-rights rally in Richmond.