Tuesday night at 10 p.m. Central Time, hundreds of pagans around the world settled down in front of makeshift altars to cast a spell on convicted Stanford rapist Brock Turner. “The Hexing of Brock Turner” was organized on Facebook and saw some 600 witches, mostly female, cast a deluge of bad vibes upon Turner, his father, and the California judge whose leniency has become a national outrage.

Erick Dupree, a self-described “feminist magic maker,” was one of the few men to participate in the hexing. Here’s how he described his personal ceremony: “I lit a seven-day candle, glued his picture to it, and wrapped it with cording. I meditated and offered blessings to the Goddess, specifically about [how] the lack of justice in his sentence caused harm to women. I then ‘hexed’ the harm onto the candle to be burned out.”

Others described slightly less sanitary proceedings. “Sourcing dog shit from a neighbour to throw the curse away with,” one hexer wrote. “His picture was given some nasty ointment, urine, spit and hex words,” wrote another. “Added my own urine and my feline familiars shit for good measure,” wrote the witch who posted this picture. 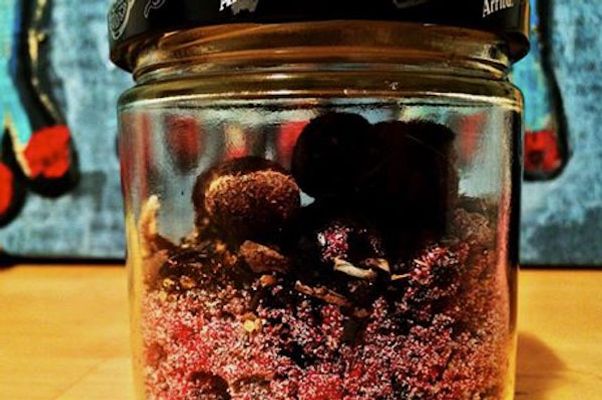 The purpose of the hex, Dupree explains, is to give pagans agency, “just like prayer does in other Wisdom traditions.” If Turner happens to feel some real physical pain as a result, that would be nice too. The suggested hex posted in the Facebook group included lines such as, “You will be impotent” and “You will know constant pain of pine needles in your guts.”

It’s unclear if those curses have befallen Turner, although it’s been reported that he’s being kept in protective custody to ward off beat downs from other inmates. The hex did include the line “You will meet justice,” so maybe that part is coming true. 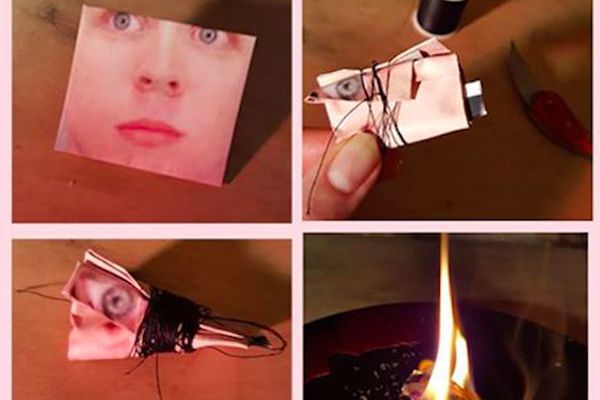 But even if Turner isn’t left impotent with constant nightmares and insatiable hunger — and whether or not one believes in sorcery, the power of suggestion alone is a powerful force — it’s still a useful exercise, Dupree says. “People are talking about rape. You are talking to me. Hundreds of women and men, some survivors of assault, took action and made a choice to step towards justice and say ‘Rape and Rape Culture is Wrong.’”

While most of the witches targeting Turner were female, Dupree says there’s a role for men in all this as well. He participated himself “partly as a silent witness to the continued sexist assault on women and partly as a collaborator in a feminist revolution.” 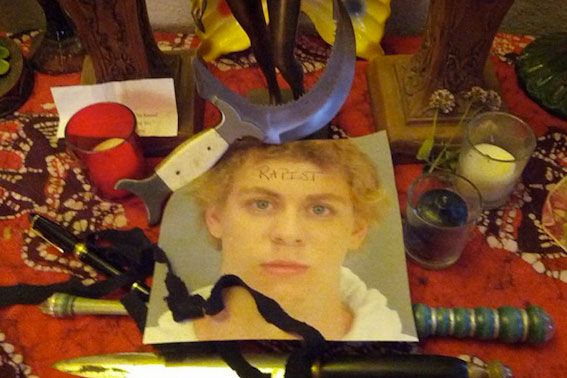 He adds that the common perception that witches need to be female is ridiculously out of date. “Magic is done by everyone,” he says. “Language like ‘witch’ assigned to gender is antiquated. We’re all far too fluid for that. What’s not fluid is rape. Hence the hex!”

Hundreds of Witches Cast a Hex on Brock Turner
2022 midterms 3 mins ago
Are Fears of 2022 Losses Driving House Democrats to Retire? Sometimes senior House members bail in anticipation of their party losing the majority. A wave of 2022 retirements could be a bad sign for Democrats.
politics 4:47 p.m.
Democratic Boss Uses David Duke in Analogy About India Walton Jay Jacobs was asked about whether he must endorse Buffalo’s socialist candidate for mayor who won the primary.
build back better 4:27 p.m.
Manchin Hasn’t Killed Biden’s Climate Agenda (Yet) Biden’s best green policy looks dead. But there’s still a fair amount Congress can do.
what's in a name? 4:12 p.m.
Write Kanye West Off — He Legally Goes by Ye Now The request has been approved by a Los Angeles judge.
housing 4:07 p.m.
Should Landlords Be Required to Pay for Your Internet? A new bill promises to not pass the cost on to renters.
intelligencer chats 4:04 p.m.
Just How Disastrous Is Manchin’s Climate Obstruction? U.S. credibility is on the line, not to mention the fate of the planet.
the toy matrix 3:50 p.m.
The Only Toy Gift Guide for a 5-Year-Old You’ll Ever Need With input from child therapists, toy historians, and Instagram parents.
By Lauren Ro
the cut podcast 3:48 p.m.
In Her Shoes: Cynthia Erivo In this episode, Cynthia talks about playing iconic Black women and what it’s like being so close to an EGOT.
By the Cut
on the rise 3:35 p.m.
The Surreal Designer Making Extremely Freaky Footwear For Beate Karlsson, it’s Halloween all year long.
By Andrew Nguyen
technology 3:30 p.m.
The Best Tech Gifts to Buy This Year (Before They Sell Out) Including smartphones, laptops, smart-home speakers, and video-game consoles.
autumnal things 3:29 p.m.
Apple-Picking Is Too Easy Is this really such a great use of our time?
crime 3:27 p.m.
A Woman Was Raped on a Train While the Rest of the Car Watched Pennsylvania police said not a single passenger tried to intervene during the eight-minute attack.
keeping up with the royals 2:55 p.m.
Let the Queen Have Her Martinis Her Majesty has been told to forgo her nightly cocktail in preparation for next year’s Platinum Jubilee.
faq 2:50 p.m.
Everything We Know (and Don’t) About the 2021 IATSE Strike Employees could still reject the tentative deal with AMPTP.
politics 2:31 p.m.
Is It Time for Democrats to Panic About Virginia — and the Midterms? Here’s some reassurance even for Democrats who are worried Glenn Youngkin’s defeat of Terry McAuliffe for governor would foretell a 2022 disaster.
new depths 2:19 p.m.
How The Rescue Re-enacted the 2018 Thai Cave Rescue With the Divers Who Lived It Directors and husband-and-wife duo E. Chai Vasarhelyi and Jimmy Chin talk re-creating the rescue with some of its real-life heroes.
the law 2:17 p.m.
Cuba Gooding Jr.’s Groping Trial Will Start February 1 “This case has been on my calendar for two years.”
star wars? 2:04 p.m.
What Even Is Dune? Will I ever understand? And other questions about fall’s big sci-fi blockbuster.
thank god for tiktok! 1:52 p.m.
Anna Marie Tendler Is Clearly Thriving She joined TikTok to teach us how to put on a duvet cover and butter toast.
trailer mix 1:03 p.m.
The Lost Daughter Trailer: A Beach That Makes You Sad Olivia Colman, Dakota Johnson, and Jessie Buckley star in the debut film from writer-director Maggie Gyllenhaal.