There’s something for everyone at the American Museum of Natural History’s redesigned Allison and Roberto Mignone Halls of Gems and Minerals.

Weaving through a crowd of masked museum-goers on a Wednesday morning in June, I stepped past kids mesmerized by walls of glass-cased displays, parents pushing strollers, and a college-aged 20-something taking notes into a small leather-bound notebook. Soon, the echoing laughter and voices of the people filling the Museum’s halls faded away as I stepped behind heavy black curtains blocking off the not-yet-open Allison and Roberto Mignone Halls of Gems and Minerals for a tour.

The 11,000-square-foot halls were dimly lit, quiet, and beautiful. More than 5,000 specimens from over 98 countries glistened in front of me, in an expertly curated layout. Roaming through the newly refurbished space felt like stepping into a jewelry box. 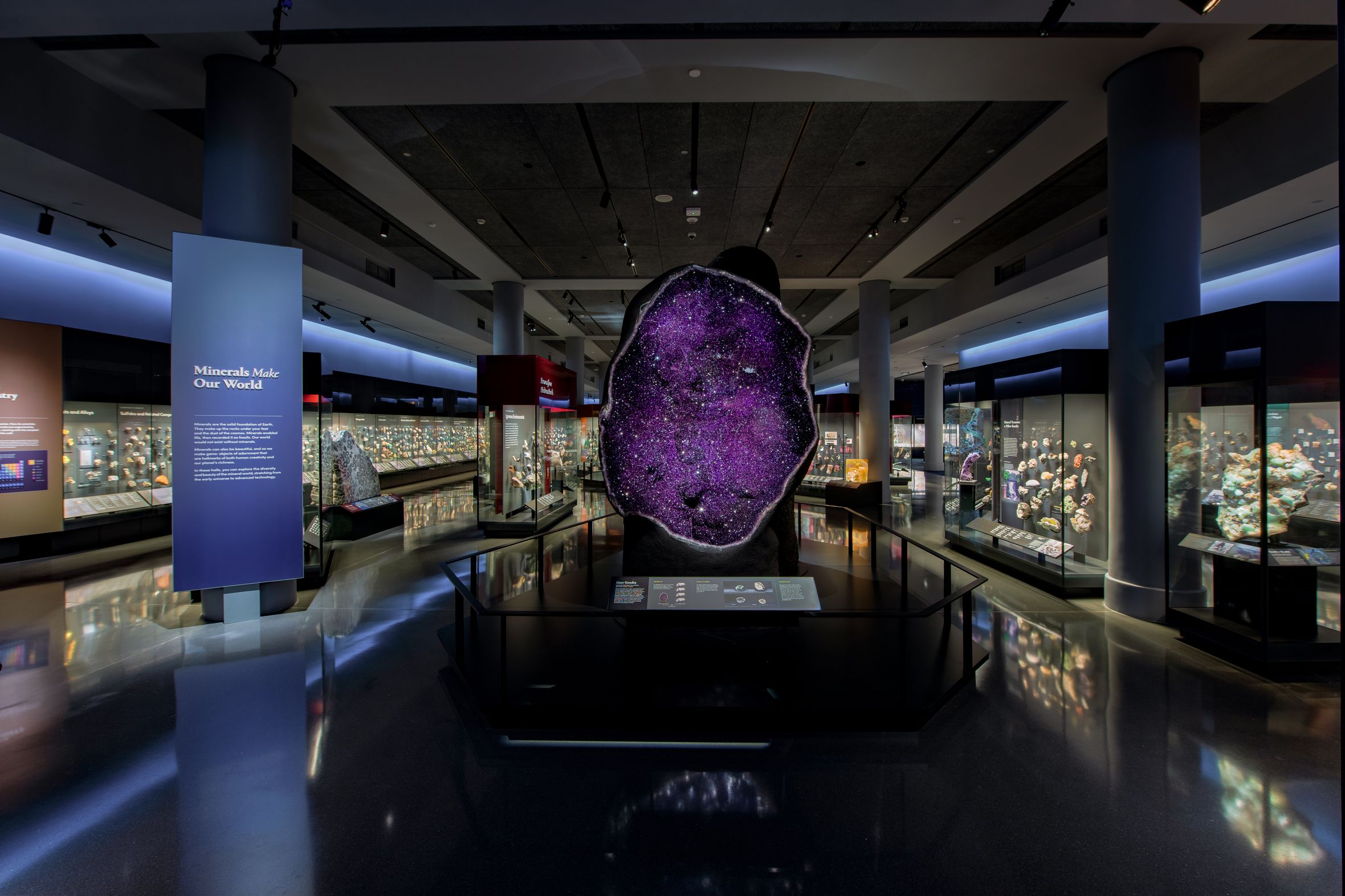 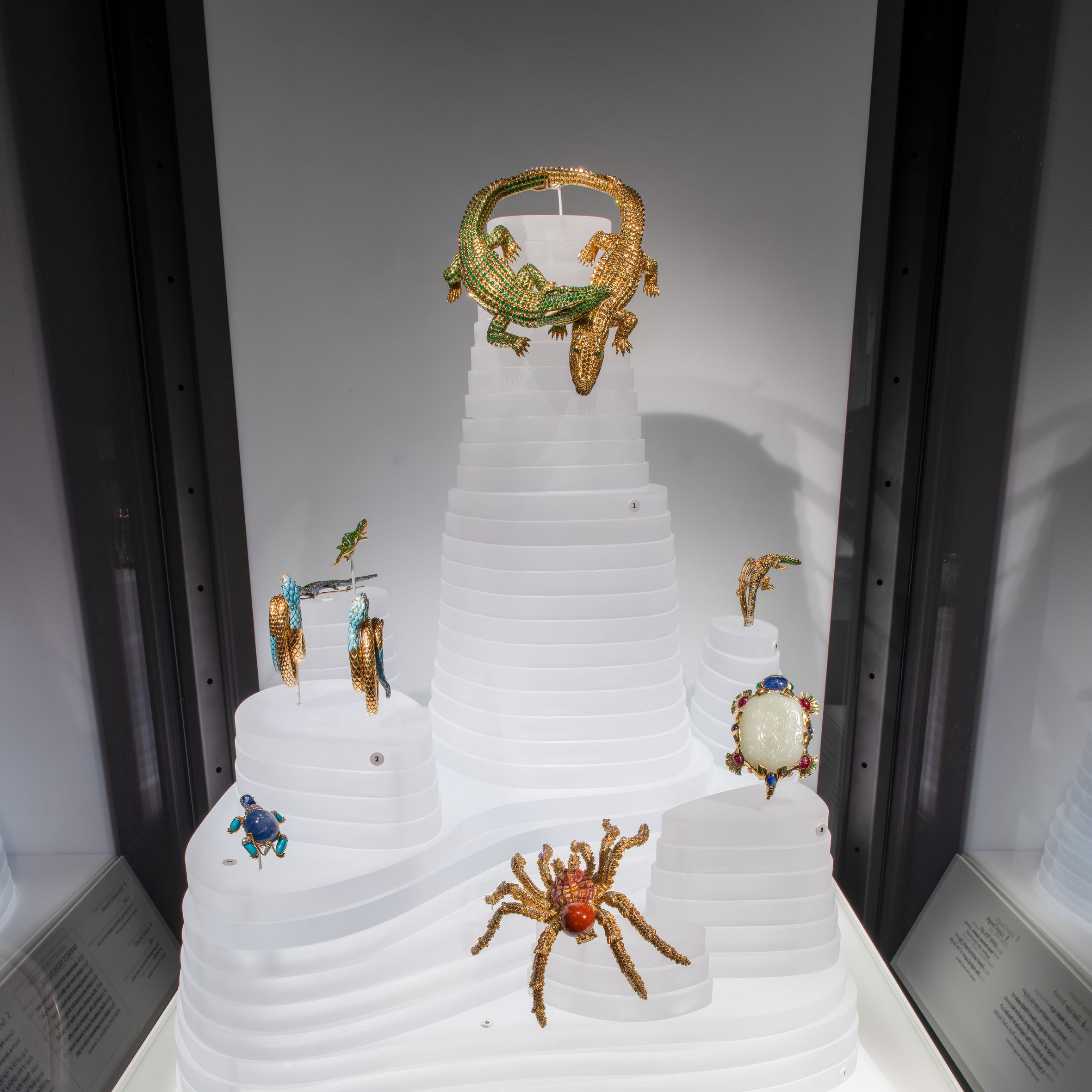 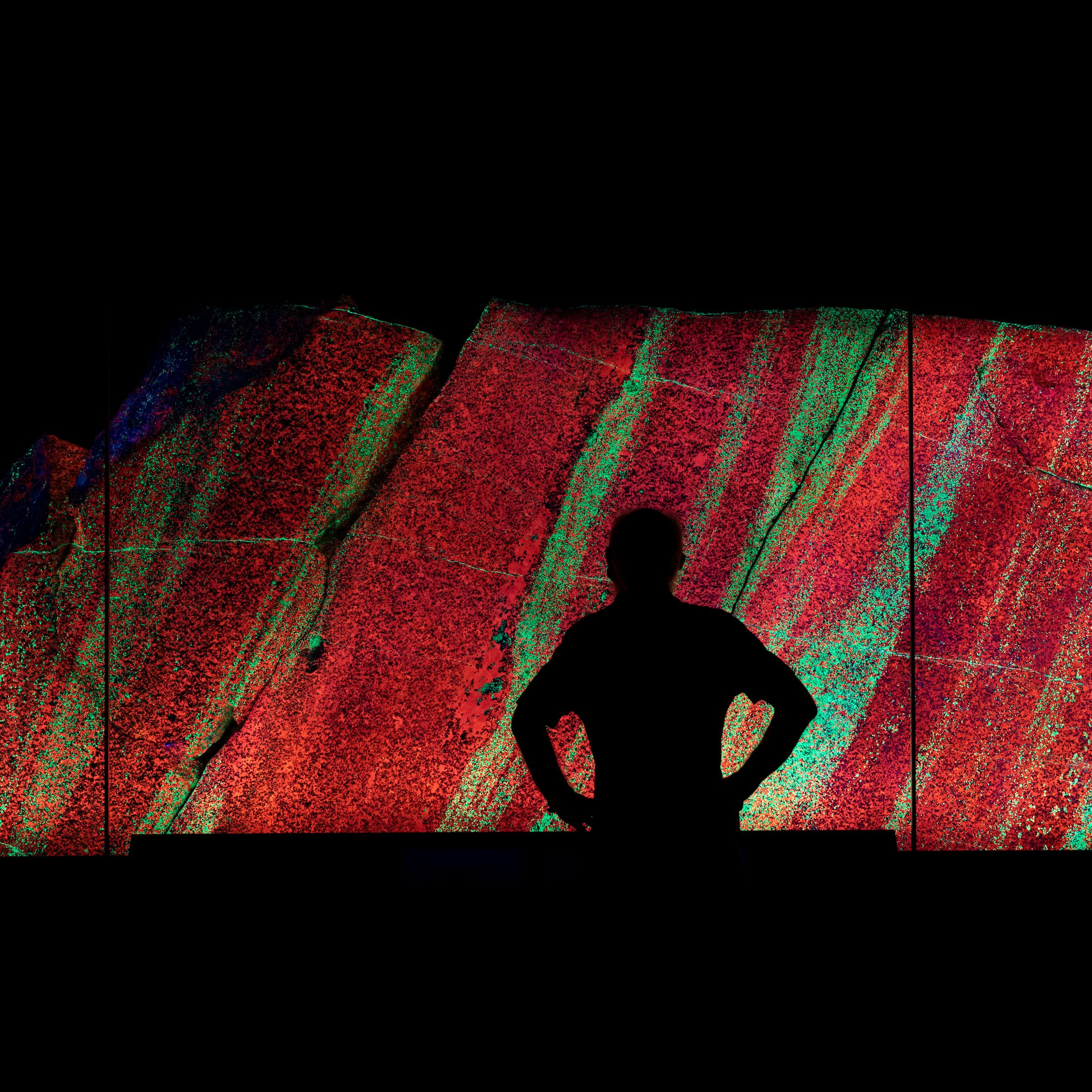 The American Museum of Natural History closed the Halls of Gems and Minerals for a remodel in 2017, but the events of 2020 understandably pushed the grand reopening. Museum-goers were finally allowed to return to the beloved halls on June 12. The renovations include the addition of some grand new gems and minerals, like the famed subway garnet from midtown Manhattan and two giant millions-year old amethyst quartz geodes from present-day Uruguay. Organized by Curator George E. Harlow (of the Museum’s Division of Physical Sciences), the exhibits in the new halls are designed to showcase the evolution of minerals. This concept — one that has developed over the past 15 years — highlights the geological conditions and processes in which minerals are formed.

As a staple of the city, the American Museum of Natural History has always been a place where anyone can find an exhibit to fall in love with. It is where aesthetics meets science and education, a place where no one leaves without feeling something, and the renovation of a Museum classic has only amplified that experience. Whether you’re a born-and-bred New Yorker, a tourist visiting for the first time, or a local kid dreaming of being a geologist one day, the redesigned space has a little something for everyone. Unsure of where to start? Follow the paths of these five different New Yorkers for inspiration. 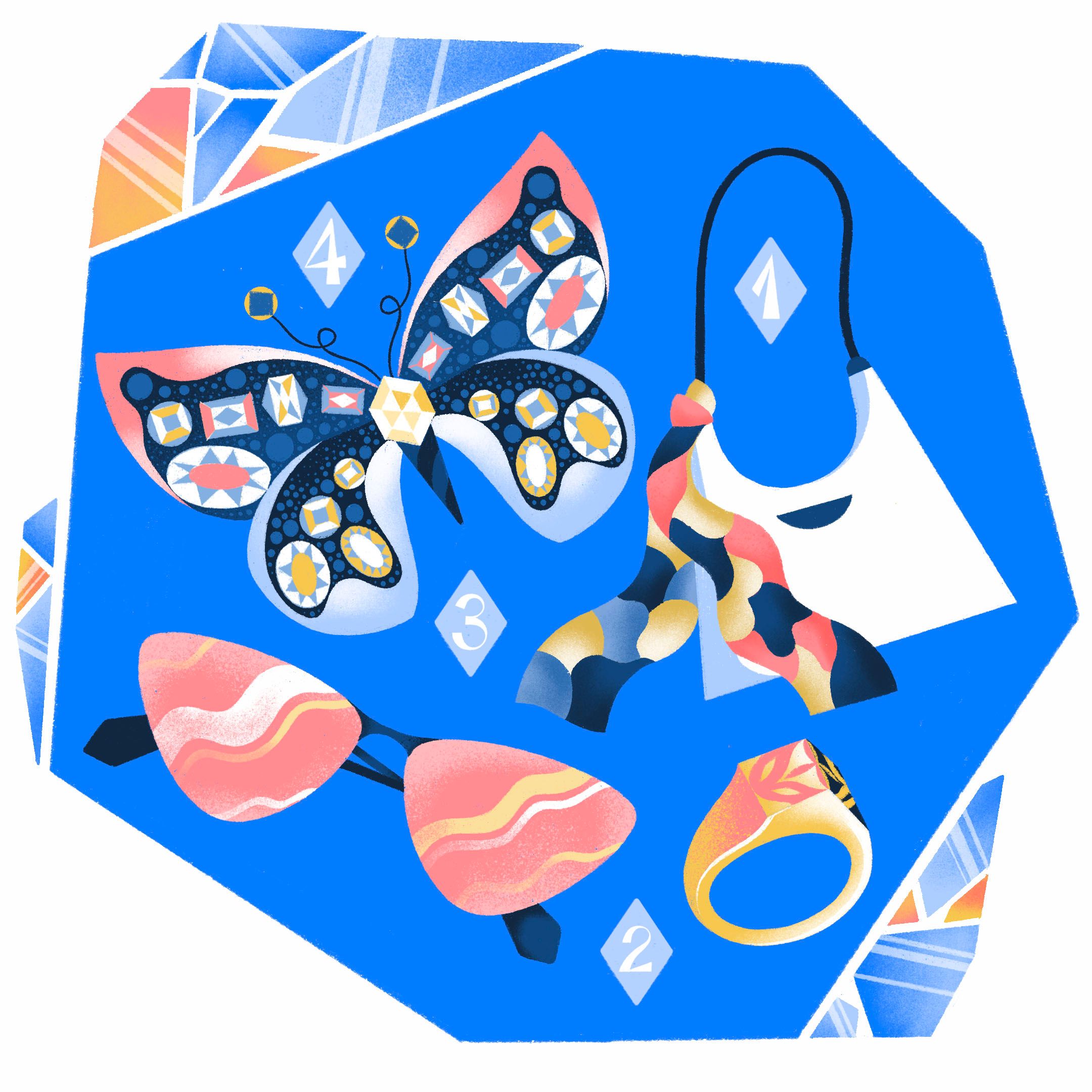 For the person who can’t get enough of the latest red-carpet looks, could spend hours window-shopping on Fifth Avenue and in SoHo, or dreams of one day designing a fashion line, the Beautiful Creatures exhibit is a clear destination. More than 100 animal-inspired jewelry pieces from designers like Cartier, Joel Arthur Rosenthal (JAR), and Tiffany & Co. fill the new Melissa and Keith Meister Gallery tucked away in the back right of the halls. Pieces like a Cartier ring that once belonged to Elizabeth Taylor, the Étoile De Mer Brooch — a surrealist, ruby and diamond encrusted starfish designed by Salvador Dalí in the 1950s—, and a JAR-designed silver and gold serpent choker covered in sapphires, amethysts, and diamonds are just a few of the jewels on display. Whether you’re looking for inspiration, to discover never-seen-before jewels, or to be dazzled by pieces made (and often worn by) prestigious names in fashion and Hollywood, this exhibit will captivate you.

(The gallery will have rotating exhibitions, with incoming displays announced on the Museum’s website.) 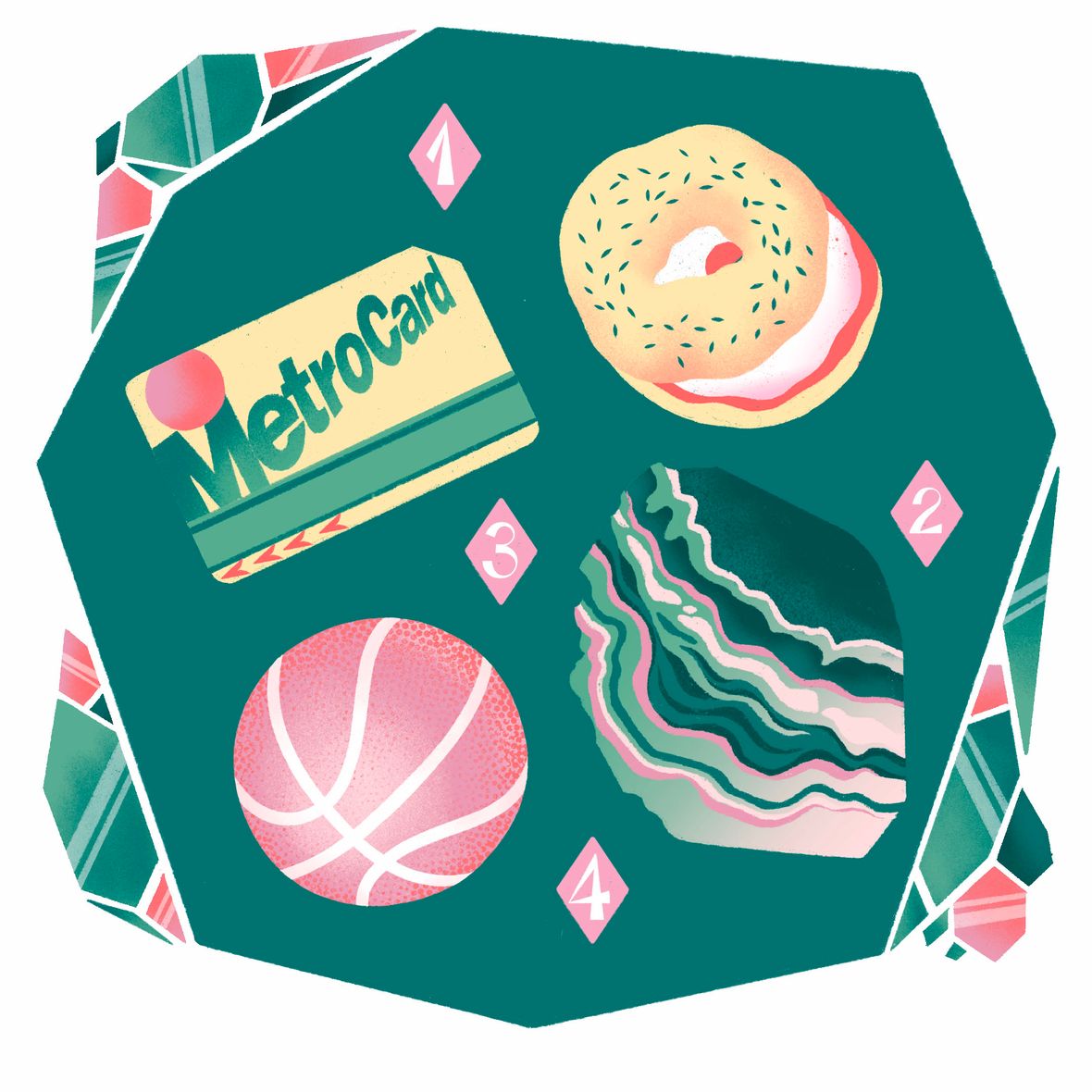 While kids could gravitate toward endless features in the sprawling halls of the Museum — such as the giant blue whale hanging above the Irma and Paul Milstein Family Hall of Ocean Life, the solar system in the Rose Center for Earth in Space, towering fossils of dinosaurs like the Tyrannosaurus rex and Triceratops, or extinct mammals like the Wooly Mammoth — the new Halls of Gems and Minerals is the perfect stop for any kid fascinated by the geology portion of their science textbook. Specimens like the Singing Stone — a massive block covered in crystals of bright green malachite and deep blue azurite, known for once making high-pitched sounds when the humidity changed with the seasons — or the Fluorescent Rock — a large slab of fluorescent orange, green, and purple, excavated from the Sterling Hill Mine in New Jersey — are two naturally eye-catching pieces on display. Let the kids roam freely and they’ll surely leave the halls with a deeper, or newfound, appreciation for the once-hidden gems and minerals of the Earth. 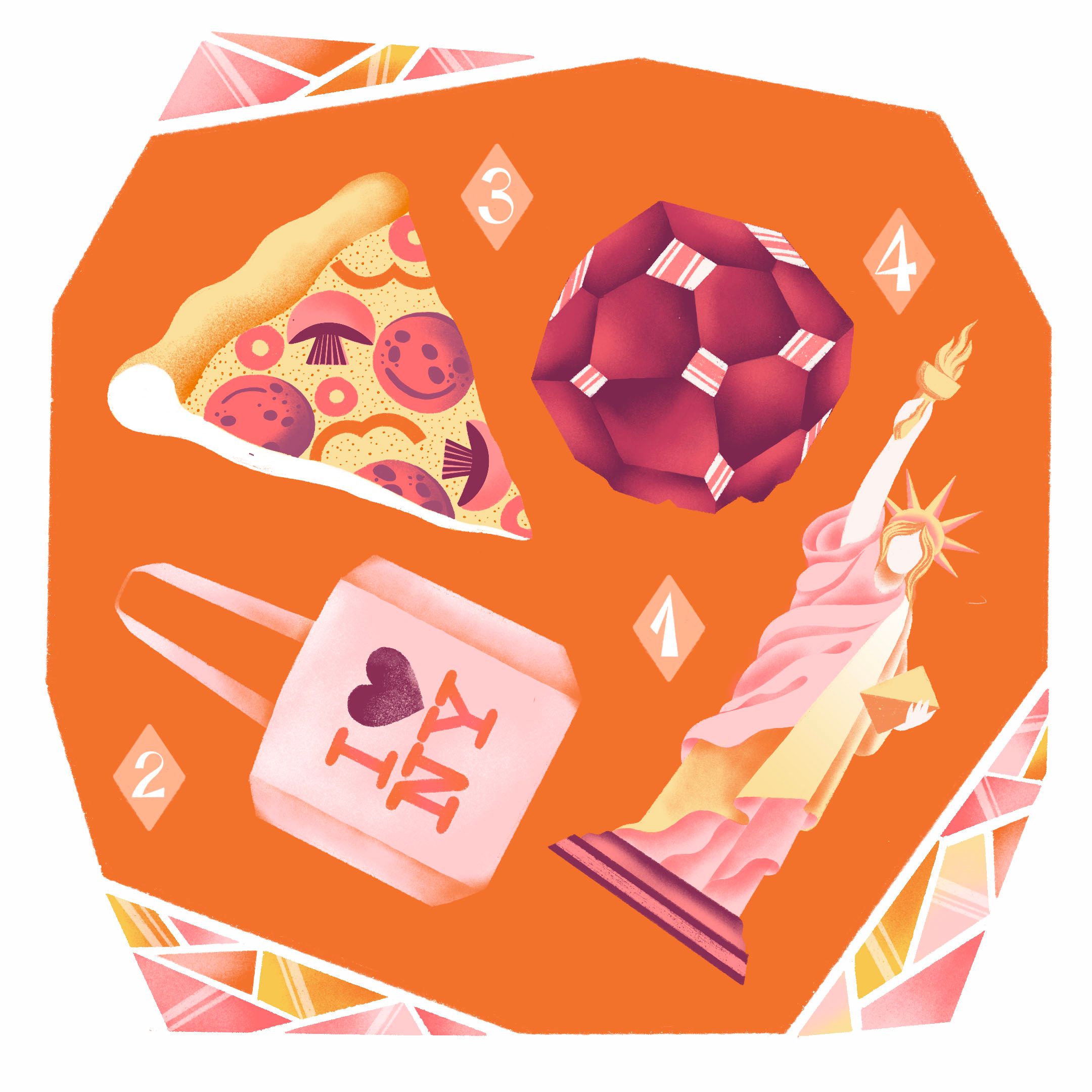 Whether it’s your first or fifteenth time visiting New York, there’s always something new to learn about the rich history of the city more than 8 million of us call home. Add the Mignone Halls of Gems and Minerals to your itinerary for a day on the Upper West Side to see minerals specific to the five boroughs. Most notable is the Subway Garnet: the nine-pound bundle of iron and aluminum was discovered in 1885 under 35th Street, between 7th Avenue and Broadway, near present-day Herald Square. You’ll learn that New York City is one of the most extensively excavated areas on Earth that isn’t a mine. Thanks to the hundreds of years of excavation for building foundations, pipes, sewers, tunnels, and the subway system, each borough has an extensive geological history worth exploring. 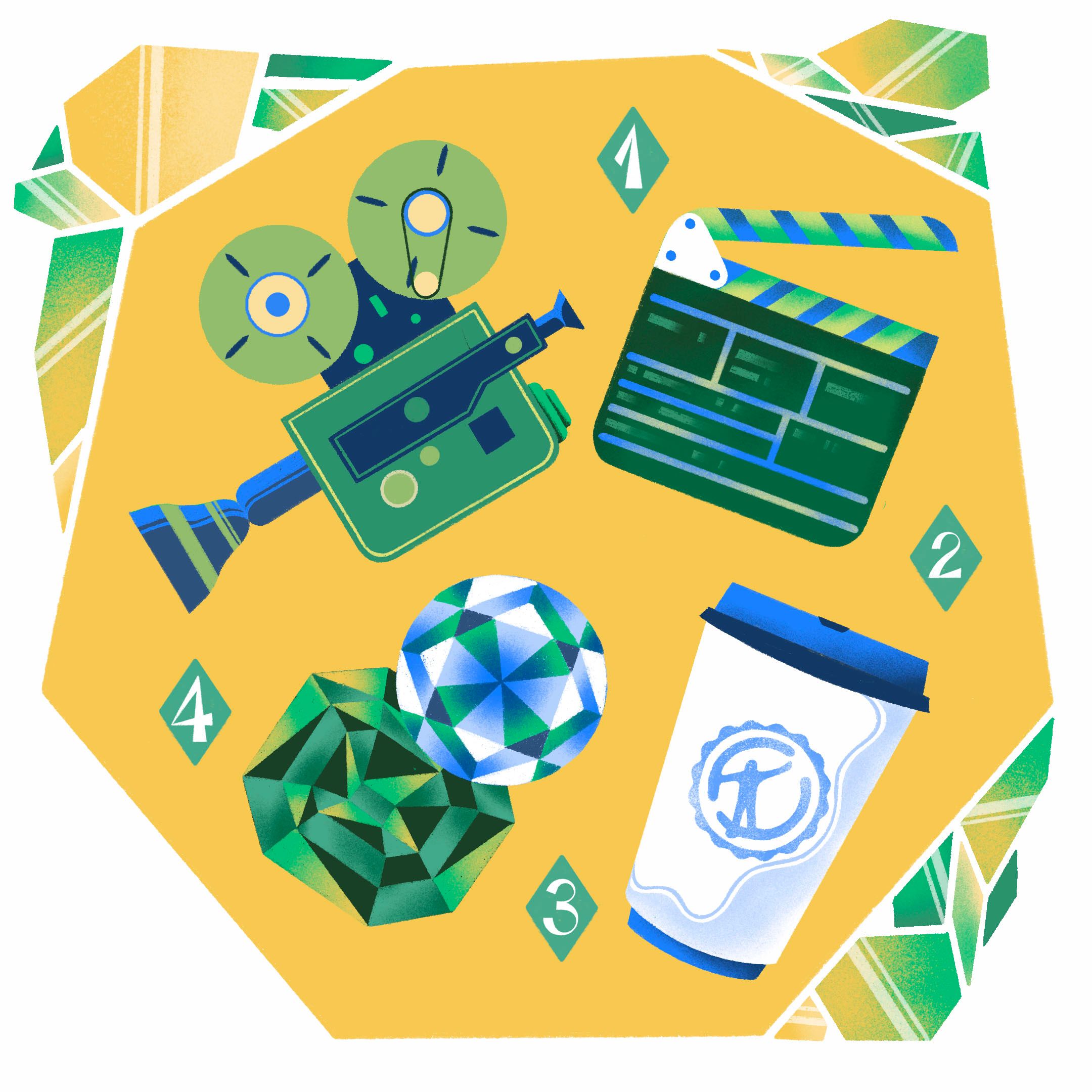 Anyone familiar with the countless films based around highly desired, valuable, sometimes uncut, and often hidden, gemstones can’t deny the allure around gold, diamonds, and other precious jewels. Lined with over 2,000 gems, carvings and jewelry pieces, the Halls of Gems and Minerals allow for a closer look at brilliant stones worthy of a movie moment. The dazzling blue of the Star of India Sapphire, regal shine of the 632-carat Patricia Emerald, natural warmth of amber formed from tree sap, or the bling of a 110-carat diamond Organdie necklace could all be inspiration for any filmmaker, photographer, or artist. 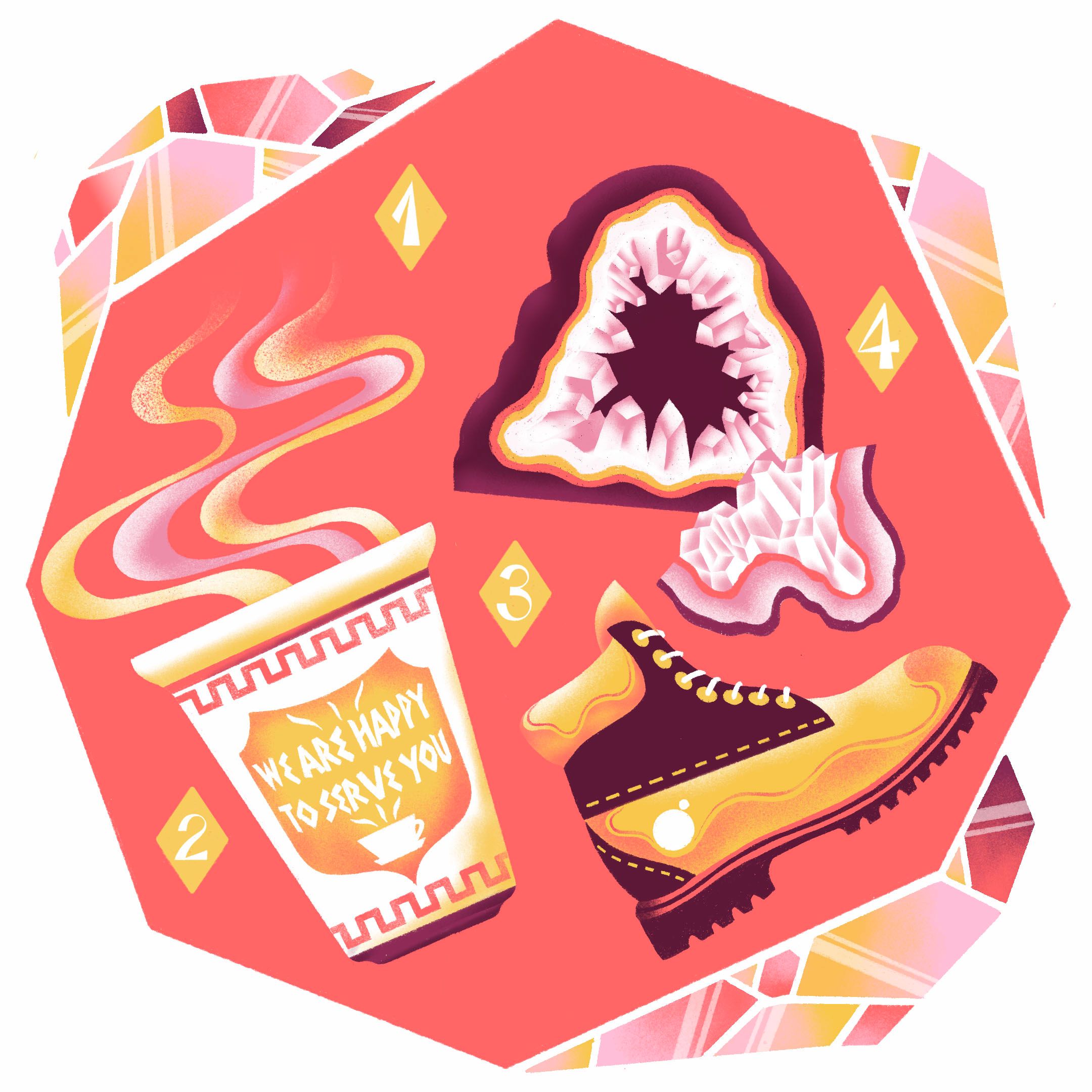 The Halls of Gems and Minerals has been a favorite of locals since it opened in the 1970s. When the temporary closure was announced, regular visitors of the old halls were naturally sad to say goodbye to the beloved exhibits and curious to see what the remodel would hold. Now, the long-time fans of the quiet, sparkling, hideaway in the cavernous Museum can visit old favorites — such as the aforementioned Singing Stone — while falling in love with the newest additions. Perhaps the largest additions to the halls are the two giant amethyst geodes that were formed nearly 135 million years ago in present-day Uruguay. Combined, the two geodes weigh 20,040 pounds and are the first thing to tower over you when stepping into the halls. The sparkling black and purple of the amethyst crystals make it feel like you’re staring into a fragment of the galaxy and are surely to become a new favorite of the halls’ oldest fans.

To learn more about the new Allison and Roberto Mignone Halls of Gems and Minerals, plan your visit, or explore other Museum exhibits, visit the American Museum of Natural History’s website.

+Comments Leave a Comment
A Gem, Mineral For Every New Yorker
job reviews 2:00 a.m.
Dahmer Crew Member Says The Show’s Trailer ‘Gave Me PTSD’ She called the Netflix series “one of the worst shows that I’ve ever worked on,” alleging poor treatment on set.
overnights Yesterday at 11:30 p.m.
Los Espookys Recap: Skeletons Don’t Have Ears Creating your own reality can be dangerous.
overnights Yesterday at 11:05 p.m.
RuPaul’s Secret Celebrity Drag Race Season-Finale Recap: Everybody Say ‘Meh’ Thank goodness that’s over.
trailer mix Yesterday at 11:03 p.m.
Guillermo del Toro Unlocks His ‘Darkest Thoughts’ in Cabinet of Curiosities What’s weirder than Rupert Grint and Nia Vardalos both starring in a horror anthology?
the law Yesterday at 10:48 p.m.
California’s Landmark Rap Lyrics Bill Is Now State Law Gov. Gavin Newsom has signed legislation that limits the use of rap lyrics as evidence in court.
statements Yesterday at 8:27 p.m.
Angelina Jolie, Nazanin Boniadi, and More Speak Out Against Mahsa Amini’s Death “Respect to the brave, defiant, fearless women of Iran.”
parties! Yesterday at 8:17 p.m.
Microdosing Opulence at the Hermés Block Party The Parisian fashion giant celebrated the opening of its new flagship store in New York.
chat room Yesterday at 6:25 p.m.
Justin Long Talks Barbarian Spoilers and the Longaissance “I’ve heard ‘Oh, so you’re still acting?’ so many times. This helps make up for those moments.”
how does it fit? Yesterday at 6:17 p.m.
We Tried Ganni’s Top-Selling Pieces on 3 Different Bodies Are we #GanniGirls?
a truly terrific new york listing Yesterday at 6:04 p.m.
Marc Chagall’s Teeny Upstate Cabin, Untouched Since 1970 It’s a relative steal, for $240,000
best in class Yesterday at 6:00 p.m.
The 9 Very Best Food-Storage Containers Make your pantry and refrigerator easier to navigate and food less likely to go bad.
By Emma Wartzman
remembrances Yesterday at 6:00 p.m.
The Mid-’90s Belonged to Coolio The late rapper achieved global fame without turning his back on his Compton roots.
By Brandon Caldwell
society pages Yesterday at 5:56 p.m.
Martha Stewart and a Big Fish Stopped by the Tin Building Opening Jean-Georges Vongerichten’s South Street Seaport food hall celebrated its opening with a themed culinary funhouse.
dinner party Yesterday at 5:48 p.m.
Where Are You Sitting This Week? Will it be with Paramore and Perry Green or Ravyn Lenae and Ryan Murphy?
fire and blood Yesterday at 5:37 p.m.
The Casting Challenge Behind House of the Dragon’s 10-Year Time Jump How the series’ casting director navigated a time-lapsed, multigenerational plot.
gifts they might actually want Yesterday at 5:30 p.m.
The Best Gifts for Cyclists, According to Cyclists Thirty-seven ideas that will delight cyclists of any skill level, whether they’re training for a race or just the hill around the corner.
your shopping cart Yesterday at 5:24 p.m.
What Strategist Readers Bought in September: Bath Towels and Black Work Pants Plus budget-friendly silk pillowcases and a beginner-friendly safety razor.
a kwanzaa miracle Yesterday at 5:17 p.m.
Coolio Recorded a Kwanzaabot Cameo for the Upcoming Futurama Revival “Coolio was one of my favorite guests,” Futurama’s executive producer said.
2022 midterms Yesterday at 5:03 p.m.
Midterm Candidates’ Skeletons Are Coming Out of the Closet In close races, attacks based on “oppo research” can matter a lot at this stage of the campaign cycle.
best in class Yesterday at 5:00 p.m.
The 8 Very Best Teeth-Whitening Toothpastes and Kits The key ingredient? Hydrogen peroxide.