David Lynch’s Twin Peaks is just as much creepy fun to look at as Blue Velvet, and more interesting to think about. 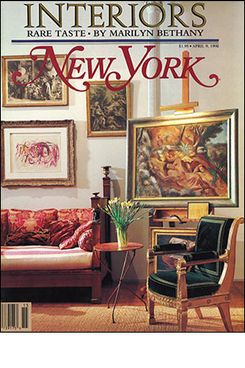 For what it’s worth, I didn’t like Blue Velvet (1986), in which David Lynch looked at the fifties as if they were a Rorschach test and saw nothing but corrupt sexuality. I’m sure there was a lot running through that low suburban decade, and some of it rubbed off on all of us, but Blue Velvet’s walling in voyeurism and castration anxiety seemed excessive, even unprincipled. We were stuck in a jukebox mind, full of Roy Orbison and severed ears and a kind of alchemical torturing of the body of Isabella Rossellini.

We will spend the next two months in Twin Peaks solving the murder of the high-school homecoming queen, as well as the torture-rape of one of her classmates.  We’ll be assisted in the sorting out of the suspects by FBI agent Dale Cooper (Kyle MacLachlan) and Sheriff Harry S. Truman (Michael Ontkean).  We’ll spend time in gas stations, hospitals, diners, and grand hotels, where we’ll meet Piper Laurie, Richard Beymer, Joan Chen, Russ Tamblyn, and many young actors I had never heard of, all of them nifty, including the star-crossed lovers James Marshall (a James Dean-loner type) and Lara Flynn Boyle (everybody’s best friend).

All of these people—furtive, lugubrious, sidelong, blankly enigmatic, a bunch of wombats—will lie to us, and that’s all right because the FBI knows they’re lying.  Not only is Cooper/MacLachlan in love with Douglas firs, snowshoe rabbits, and cherry pies, but he’s also a sort of vatic visionary, a Dick Tracy on acid.  He reads auras and reports directly into a Dictaphone (like a familiar) every minute of his busy days and nights.  Harry S. Truman actually likes him.  Indeed, their parody of Tequila Sunrise buddy-bonding is the most meaningful relationship in what I’ve seen so far of Twin Peaks, which isn’t as much as I want to of Pipe Laurie.

Imagine Mary Hartman, Mary Hartman written by Louis-Ferdinand Celine.  Or Dark Shadows meets Falcon Crest.  Or Peyton Place meets Naked Lunch.  Maybe a film noir Simpsons.  Only, sort of Noh or Brechtian: an Alienation Affectlessness.  And yet, somehow, novelistic.  No wonder Mailer is reported to have been blown away by the Twin Peaks pilot.  It’s the television equivalent of An American Dream—but wittier, like Pynchon.

While they’re at it, the slaphappy folks at ABC are also introducing another new heavyweight series, Capital News (Monday, April 9; 9 to 11 P.M.; Mondays thereafter, 10 to 11 P.M.; ABC).  I’m not to be trusted on the subject of newspapers turned into TV series—I like all of them—but this one seems fine to me.  If Cooper/MacLachlan is Dick Tracy on acid, Capital News is Lou Grant on amphetamines.  Everything—deadlines, love affairs, ethics, is sped up.  I like Lloyd Bridges, as the Ben Bradlee/Jason Robaards boss of a Washington, D.C., daily; and Helen Slater, as the new kid on the front page, with her copy of I Ching; and especially Kurt Fuller, as Miles Plato, the high-camp gossip columnist.  Even Michael Woods is more likable as the metro editor than he ever was in Private Eye.  And I’ve always been in love, through bad movies and failed series, with Kathryn Harrold, who plays a star reported sexually compromised in the middle of a big story on a weapons-system scandal.

In addition, the two-hour Capital News pilot looks at bank robbery, arson, slumlords, and a drug-ridden ghetto housing project.  Of these stories, only the behavior of the reporters in the housing project is preposterous.  Far more interesting is the newsroom politics at the paper itself, the turn fights between the metro and national desks, and the leftover sixties commune where most of the young reporters seem to live, as if they’d never gotten out of college.  Because Capital News is television, this newspaper actually has a conscience.

Crossing to Freedom (Sunday, April 8; 9 to 11 P.M.; CBS) comes across like The Sound of Music without the Rodgers and Hammerstein music.  An elderly Englishman on a fishing vacation in France in June 1940, embittered by the death of his aviator son, ends up leading seven little children through thousands of Nazis to the sea, where a boat will take them to England.  He’s ably abetted by a young Frenchwoman who turns out to have been his son’s lover.  The children are variously English, French, Dutch, Jewish from Poland, even German (though not entirely Aryan).  Some of you may want to watch this because there isn’t any music, nor Von Trapps.  Others will tune in for Peter O’Toole, who is, of course, true-blue as a sort of pound-sterling Henry Fonda; and for Mare Winningham, who’s delightfully French even though achieving the accent causes her to screw up her face like a lemur.  Nicely adapted, from Nevil Shute’s novel Pied Piper, by Jerome Kass, and directed, by Norman Stone.

Uncommon Women and Others (Great Performances, Friday, April 6; 9 to 11 P.M.; Channel 13) is an encore—from 1978—performance of the Wendy Wasserstein play about Mount Holyoke graduates meeting for lunch seven years later, with Meryl Streep, Jill Eikenberry, and an absolutely amazing Swoosie Kurtz: Mary McCarthy’s The Group, with a saving sense of humor.  Not only could we have predicted from this early effort something like The Heidi Chronicles, but from this early effort we might have hoped for something better.  In a half-hour coda videotaped last November, Kurtz and Eikenberry and some others look back to see how far they’ve come, and how come not far enough.

In brief: The Days and Nights of Molly Dodd returns with the first of thirteen brand-new episodes (Friday, April 6; 10:30 to 11: P.M.; thereafter, on Fridays, 10 to 10:30 P.M.; Lifetime).  In the obligatory dream sequence, Blair Brown shoots up a pharmacy to steal a home-pregnancy test.  (Yes, she’s pink.)  Is the father her ex-boss Moss Goodman or the black police detective Nathaniel Hawthorne?  Meanwhile, her apartment house is going co-op.  Brown’s brave and baffled Molly is my favorite baby-boomer.  (My favorite young woman on television is Pamela Reed in Grand.)…

Voices of Leningrad (Wednesday, April 4; 8 to 9 P.M.; Channel 13), narrated by Theodore Bikel, is a friendly look at the Soviet Union’s Window on the West, with many pretty pictures, respectful of Lenin himself, hopeful about glasnost, mentioned Pushkin and Dostoevski, talking to workers, priests, rock stars, ballerinas, and TV newsmen….

Laker Girls (Tuesday, April 3, 9 to 11 P.M.; CBS), all about the basketball cheerleading squad and their sex lives, is Perfect in Spandex, Flashdance in sweatpants, dreadful in toto, in spite of Jean Simmons as a grandmother.

THE FEED
10/26/2021
facebook
facebook
What Is Being Leaked in the Facebook Papers?
By Chas Danner
A guide to the newly reported revelations from a trove of internal company documents shared by a company whistleblower.
10/26/2021
nyc mayoral race
nyc mayoral race
Key Moments From the Second New York City Mayoral Debate
By Nia Prater
Sliwa yelled at Adams, Adams ignored Sliwa, and both insulted de Blasio in the final contest of the 2021 mayoral race.
10/26/2021
brazil
brazil
Bolsonaro Accused of Crimes Against Humanity Over COVID Response
By Matt Stieb
A report conducted by a Brazilian Senate panel found that Bolsonaro’s pandemic response was criminally negligent.

10/26/2021
coronavirus vaccines
coronavirus vaccines
The U.S. Is One Step Closer to Pfizer Vaccines for Kids
By Matt Stieb
An FDA advisory panel approved a lower dose of the Pfizer candidate for kids ages 5 to 11.
10/26/2021
capitol riot
capitol riot
Marjorie Taylor Greene and the Right’s Creeping Embrace of Revolution
By Ed Kilgore
It’s easy to dismiss her as making yet another extremist statement likening January 6 to 1776. She is far from alone, though.
10/26/2021
pivot
pivot
Why Zuckerberg’s Days As CEO May Be Numbered
By Intelligencer Staff
As damning information about the company keeps trickling out, something has to give.
10/26/2021
the national interest
the national interest
How the Right-Wing Supreme Court Can Save Biden’s Economic Plan
By Jonathan Chait
Conservative judicial activism to the rescue!
10/26/2021
kyrie irving
kyrie irving
The Nets Really Don’t Want This
By Zak Cheney-Rice
The team’s best-laid plans are no match for one stubborn anti-vaxxer.
10/26/2021
politics
politics
The NYPD is the Latest Police Force to Fight Vaccine Mandates
By Nia Prater
The city’s biggest police union is suing.
10/26/2021
games
games
The Aggrieved World Series
By Will Leitch
The Astros and Braves both have fan bases defined by resentment — a perfect fit for 2021.
10/26/2021
the facebook papers
the facebook papers
No Amount of Whistleblowing Can Fix Facebook
By Jacob Silverman
We know the problem with Facebook. The real question is what to do about it.
10/26/2021
the national interest
the national interest
Glenn Youngkin’s Closing Message: Ban Toni Morrison From Schools
By Jonathan Chait
Virginia Republican wants the angriest parents to have a veto on school curriculum.
10/26/2021
republicans
republicans
A Short History of Conservative Trolling
By Rick Perlstein
On the laughing emptiness at the center of the Republican Party.
10/26/2021
business
business
The Soft Sell of Hims
By Jesse Barron
Can the health-care brand leverage young men’s anxiety over erections and hair loss into a multibillion-dollar empire?
10/26/2021
the national interest
the national interest
Republican Leaders Could Still Stop Trump. They Just Don’t Want To.
By Jonathan Chait
Trump wants to erode democracy. They just want to win.
10/25/2021
the facebook papers
the facebook papers
Mark Zuckerberg Wants to Pivot Facebook Back to the Youngs
By Matt Stieb
Zuck called the Facebook Papers “a false picture of our company” and said the social-media giant was “retooling” to attract Gen Z.
10/25/2021
2022 midterms
2022 midterms
National Republicans Are All In on Herschel Walker
By Ed Kilgore
Despite some early misgivings, the GOP’s national might is lining up to support Trump’s candidate in the crucial 2022 Senate race in Georgia.
10/25/2021
elections of 2021
elections of 2021
New Jersey Governor’s Race Is Getting Interesting and Maybe Even Competitive
By Ed Kilgore
The race has definitely tightened, with Republican Jack Ciattarelli challenging Democratic incumbent Phil Murphy while giving Trump a wide berth.
10/25/2021
just asking questions
just asking questions
Harvard Has Too Much Money to Have So Few Students
By James D. Walsh
Scott Galloway on gargantuan endowments and why elite universities’ obsession with exclusivity and prestige is unethical.
10/25/2021
covid-19
covid-19
Cash Lotteries Didn’t Do Much to Boost Vaccination Rates, Study Finds
By Nia Prater
A study in the JAMA Health Forum said a link between vaxx rates and lottery announcements was “statistically indistinguishable from zero.”
10/25/2021
politics
politics
Can Democrats Gut the Filibuster After Reconciliation Is Done?
By Ed Kilgore
The idea that Manchin and Sinema can be moved to support a filibuster carve-out for voting rights is both dubious and dangerous.
10/25/2021

NEW: Some of the final sticking points in the Democrats Build Back Better agenda revolve around @Sen_JoeManchin

Sen. Manchin has not yet agreed to 4 weeks of paid leave, Medicare vouchers for dental and Medicaid expansion, multiple sources tell me and @alivitali.
—@LACaldwellDC
10/25/2021
covid-19
covid-19
Why Are U.K. COVID Cases Soaring?
By Paola Rosa-Aquino
The highly vaccinated country is experiencing its biggest spike in new infections since midsummer.
10/25/2021

Newsy Manchin gaggle with reporters. Says a deal on a framework could be in hand this week, confirms issues with expanding Medicaid to cover gap and Medicare expansion. Says he’s still at $1.5 trillion
—@burgessev
10/25/2021
the national interest
the national interest
Ron DeSantis Goes All In on Vaccine Skepticism
By Jonathan Chait
No more playing coy.
10/25/2021
explainer
explainer
Trump’s Long Campaign to Steal the Presidency: A Timeline
By Ed Kilgore
The insurrection wasn’t a one-day event. It was the culmination of a multifaceted, yearslong plot — and it isn’t over.
10/25/2021
the city politic
the city politic
Eric Adams Has Already Won
By David Freedlander
Beloved from East Brooklyn to Billionaires’ Row, he is poised to be the most powerful mayor in decades. But who is he?