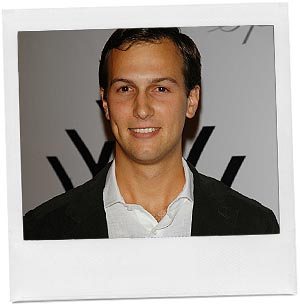 In one sentence, what do you actually do all day in your job?
Run a newspaper while trying to buy buildings and catching up on missed classes.

Where do you get your coffee?
I’m an orange-juice guy.

What’s the last thing you saw on Broadway?
700 Sundays.

Do you give money to panhandlers?
I have some regulars.

What’s your drink?
Johnny Walker Black Label, on the rocks.

How often do you prepare your own meals?
Sporadically.

What’s hanging above your sofa?
A fake Jackson Pollack made by a girlfriend. It is scary how many people ask me if it’s real.

What’s your thread count?
No idea.

What do you hate most about living in New York?
The demise of the Second Avenue Deli.

When was the last time you drove a car?
Sunday.

Who should be the next President?
A New Yorker. We have at least four running.

What makes someone a New Yorker?
Having ten or more takeout places on your speed dial. I have twelve, but one I use two or three nights a week.