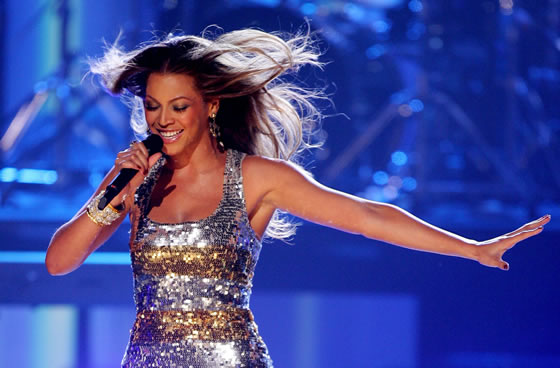 Stalkers and shoppers, take note: According to well-dressed and equally well-informed sources, Beyoncé will arrive at the Armani store on Madison Avenue sometime between 4 p.m. and 7 p.m. today. She’ll pull double duty, promoting both the Bono-hyped AIDS charity, Project RED — it’s World AIDS Day today — and, naturally, promoting her new movie, Dreamgirls. Will the style icon wear one of Armani’s chari-tees to her photo op? The odds are good, if she shows up at all — though Miss Knowles is lauded for many things (star power, grace, lip gloss), party punctuality isn’t one of them. She famously held up a Marc Jacobs show for two hours and often arrives to her own events only as they’re ending. Or sometimes she doesn’t show at all — panicked, perhaps, that her hair just isn’t shiny enough. —Faran Alexis Krentcil