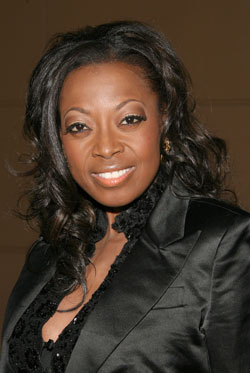 LAW
• Back before Star Jones married a beard and was thwarted by Barbara Walters, she had to prosecute guys named T-Black and A. [NYP]
• With New Jersey opening the door to “irreconcilable differences” in divorces, New York may now be the only state that forbids “no-fault” splits. [New Jersey Law Blog via New York Divorce Report]
• New York State’s chief judge says underpaid jurists are at a new “level of frustration and anger and despair” over their meager paychecks. [NYLJ]

MEDIA
• Jack Shafer takes a break from reaming the Times in order to flagellate the Journal over its innuendo-ridden coverage of the “Money Honey” scandal. [Slate]
• Hang the fact-checkers! The New Yorker makes mistakes! [Pittsburgh Tribune-Review via Jossip]
• Is Si Newhouse losing patience with Portfolio editor Joanne Lipman? [NYP]

+Comments Leave a Comment
Star Takes the Stand, Forgets Her Past