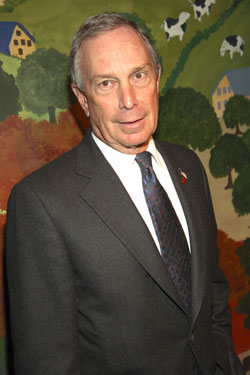 In the face of citywide grumbling and tabloid pummeling (“Nix Those Tix!”), Mayor Bloomberg caved and ordered an amnesty on all alternate-side parking tickets issued Thursday and today, seeing how most of the ticketed cars were encased in marble-hard ice moguls. The pardon went out roughly 24 hours after the mayor told people to “stop griping” and, in our estimation, marks just about the first time Bloomberg backed down so swiftly on, well, anything. The amnesty was even accompanied by an apology, of sorts: “I’m sorry for the inconvenience to people, but you know you have to make decisions.” Indeed you do.