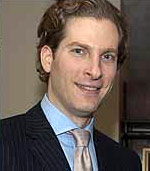 All this, and brains too.Photo: Wireimage

Iraq policy junkies and McPhDreamy enthusiasts everywhere are heaving a collective wail of despair that NYU professor Noah Feldman — yes, the one anointed “Most Beautiful Brainiac” and “the next big public intellectual” by yours truly — is pulling up stakes at the Greenwich Village playground and leaving for the big, bad swing sets of Harvard Yard. (Feldman isn’t the first ripe peach to be plucked by the Crimsons — he’ll be following the last big public intellectual, historian Niall Ferguson, who also left NYU in 2004 to join the gang in Cambridge.) A constitutional scholar and former Gore supporter, Feldman was Bush’s controversial pick to advise the Iraq transitional government in 2003, although he left the post shortly thereafter to consult independently. The prof claims his recent move is prompted by the desire join his wife, Jeanne Suk, already a professor at Harvard, and his children on a more permanent basis. Whatever the cause, we’re sure recent events will prompt all Bostonians to be profoundly grateful there’s finally someone around who can tell a cartoon advertisement from a counter-insurgent.