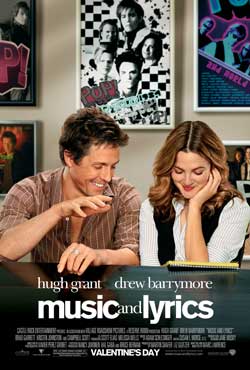 The case of Paul Cortez, the personal trainer–musician accused of murdering a dancer who snubbed him, took an odd turn yesterday when the prosecution offered the defendant’s song lyrics as evidence of his violent tendencies. The Times quotes Cortez’s attorney, Dawn Florio, who claimed that songs like “The Killin Machine” were perfectly normal for her client to have written: “Rock stars don’t write about tulips and butterflies,” she explained. Objection, hearsay. — Lori Fradkin

Lyrics and Diaries Offered as a Portrait of a Killer [NYT]

THE FEED
9 mins ago
early and often
early and often
If You Really Love Democracy, You Can’t Love the U.S. Senate
By Ed Kilgore
Mitch McConnell and Kyrsten Sinema are big on respecting the Senate as an institution, but valuing democracy means working to minimize its impact.
8:00 a.m.
at home in asian america
at home in asian america
For Domestic Workers, the Asian Class Divide Begins at Home
As told to Arya Sundaram
Five nannies from the Philippines, Nepal, and China open up about what it’s like to work for their Asian American employers.
9/26/2022
space
space
NASA Just Hit an Asteroid to See If It Could
By Chas Danner
Take that, floating rock.

9/26/2022
early and often
early and often
McConnell Seeks Revenge on Manchin for Inflation Reduction Act
By Ed Kilgore
Sheer spite, not energy policy, is motivating a Republican effort to kill Manchin’s energy-permitting bill.
9/26/2022
hurricane season
hurricane season
Tampa Could Be a Bull’s-eye for Hurricane Ian
By Matt Stieb
The quickly intensifying hurricane could bring storm surges of up to ten feet to the low-lying Tampa metro.
9/26/2022
tremendous content
tremendous content
Even Donald Trump’s Family Barely Uses Truth Social
By Margaret Hartmann
Trump should blame himself for the social-media site’s legal and financial woes. But if he’d rather find a scapegoat he doesn’t need to look far.
9/26/2022
the money game
the money game
Monday Was Just Another Horrible Day for Markets
By Kevin T. Dugan
There are so many things going wrong that it’s hard to keep track.
9/26/2022
early and often
early and often
Edward Snowden Is Now a Russian Citizen
By Matt Stieb
The whistleblower’s lawyer claims he will not be eligible to fight in Ukraine.
9/26/2022
early and often
early and often
Unraveling Trump’s Bogus Election-Denial Arguments
By Ed Kilgore
Sixty percent of Americans have an election-denier on the ballot this year. Here’s what they believe specifically and what that means for democracy.
9/26/2022
screen time
screen time
TikTok Is the New King of Social Media. Now What?
By John Herrman
The video-sharing service faces perils old and new.
9/26/2022
at home in asian america
at home in asian america
Asian America Learns How to Hit Back
By Esther Wang
The desperate, confused, righteous campaign to stop Asian hate.
9/26/2022
on with kara swisher
on with kara swisher
Chris Cuomo Wants to Move Forward. Can He?
By Intelligencer Staff
Kara Swisher has a long, frank talk with the former CNN anchor about the scandals that got him fired, his brother, and if his comeback will pan out.
9/24/2022
exhibit a
exhibit a
It’s Blindingly Clear the Feds Failed to Investigate Trump’s Finances
By Ankush Khardori
Letitia James’s fraud lawsuit is also an indictment of the Justice Department.
9/23/2022
2022 midterms
2022 midterms
House Republicans Release Their Vague ‘Agenda’ for 2023
By Ed Kilgore
There’s nothing about climate change, Russia, or extremist threats to democracy, and their abortion stance is very hard to find.
9/23/2022
the money game
the money game
Why the Global Economy Just Cracked Up
By Kevin T. Dugan
A recession is all but certain.
9/23/2022
tremendous content
tremendous content
Mehmet Oz: Buying a House for $1 Is Shameful (Unless My Family Does It)
By Margaret Hartmann
The Republican Senate candidate picked the wrong detail to use against his opponent, John Fetterman.
9/23/2022
early and often
early and often
Matt Gaetz Probably Won’t Get Charged in Sex-Trafficking Probe
By Matt Stieb
Federal prosecutors reportedly recommended not to charge Gaetz because of unreliable witnesses they would need to rely on to make their case.
9/23/2022
war in ukraine
war in ukraine
Prominent Russians Keep Dying Under Mysterious Circumstances
By Matt Stieb
Around 15 Russian oligarchs and oil executives have died in mysterious ways since the war in Ukraine began.
9/23/2022
early and often
early and often
Senators Can Grumble, But Joe Manchin Is Getting His Reward
By Ed Kilgore
Though there is some bipartisan opposition to Manchin’s proposal to streamline energy-project approval, nobody wants a government shutdown right now.
9/23/2022
2022 midterms
2022 midterms
13 Fascinating, High-Stakes Political Races to Follow Between Now and November
By Ed Kilgore
There are a baker’s dozen Senate, gubernatorial, and House contests that will shape U.S. politics and government in the immediate future.
9/23/2022
tennis
tennis
There Will Be No Next Roger Federer
By Jake Nevins
Reflecting on his utter distinctiveness as he steps onto the court for one last pro match.
9/22/2022
stop the presses
stop the presses
Would Joan Didion Have Liked her Memorial Service Much?
By Shawn McCreesh
As those who would claim her legacy convene, she’d likely just roll her eyes.
9/22/2022
tremendous content
tremendous content
Trump Burdened by Power to Declassify Documents With His Mind
By Margaret Hartmann
Heavy is the head that wears the MAGA hat.
9/22/2022
what we know
what we know
Top-Secret Documents at Trump’s Mar-a-Lago: What We Know
By Intelligencer Staff
The DOJ can once again access the classified materials seized in the raid, as Trump argues he can declassify docs by “thinking about it.”
9/22/2022
2022 midterms
2022 midterms
Team Trump’s General-Election Prospects Are Shaky
By Ed Kilgore
There are six statewide candidates for which he is particularly responsible and whose fate in November will provide a measure of his clout.