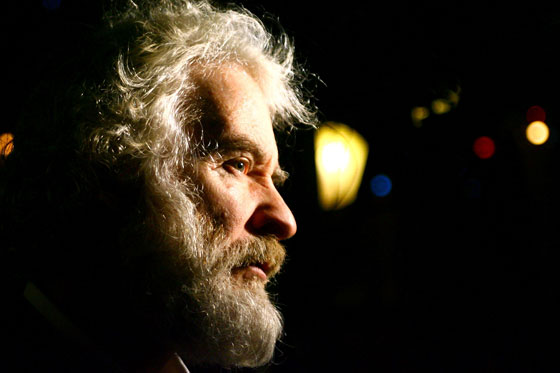 Last night’s opening of King Lear brought Kevin Kline to the Public once again to expertly spout the lines of your favorite neologist. The entire cast headed to B Bar for the after-party, where the martinis were as hard to hold on to as Lear’s sanity — non-inebriated guests poured them on their shirts as often as down their throats, and the waitresses dropped an unofficial record seven trays (we lost count). Frances McDormand saw the three-hour play but didn’t make it to the party while Philip Seymour Hoffman popped in for a minute and Piper Perabo sat outside chain-smoking and talking about a paraplegic whose advice was to “Live life to the fullest!” Jocelyn Guest caught up with Kline on his way out. By the way, he stroked his beard constantly.


You’ve done tons of Shakespeare.
No, not tons. A few pounds.

So how does this one compare?
Each one has its one character. This one is as vast and ambiguous and challenging as any other. It deserves its reputation as such.

Is there anything in particular you liked about this production?
I liked that I was in it. I enjoyed being in it. Otherwise, I’d probably enjoy watching it.

Are you going to keep the new beard then?
Oh, no. My very ruly daughter has demanded I shave it the moment we close.