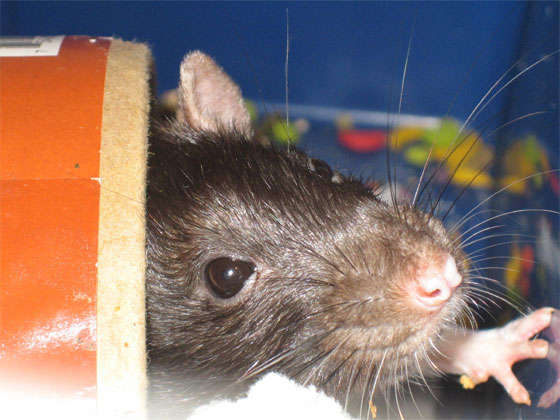 With city fast-food restaurants being overrun with rats last week, Daily Intel heard the other side of the rodent’s story from a local enthusiast, Raquel Cintron. Her claim that rats are simply misunderstood was met with cheers from others around the country who keep the animals as pets. Perhaps predictably, their side of things is not often heard in public. After the jump, letters from people decrying the injustice of allowing tenants to have hamsters but not rats. “People just think about the tail,” lamented one rat-keeper.

Re: Meet the Rat Lady

I live in Dallas, and rats aren’t popular here either! But I have owned pet rats for five years, and I absolutely love them! They are adorable, smart, and so affectionate! I’m so happy that Raquel tries to spread the word about rats. I try to do the same. I get the same reaction when strangers hear that I have rats. It’s so hard to explain and get the point across what wonderful pets they are. People just think about the tail, and that they are known as pests. Wild rats and pet rats are nowhere the same animal. I wish I could get that point across to people so they won’t relate the two.

I just wanted to say how much I enjoyed this article. Rats — which are very intelligent, clean, and social critters — have an undeserved bad rap, and it was great to see them portrayed in a positive light!

Thank you for doing the article.

+Comments Leave a Comment
The Pied Pipers of Dallas and Louisville