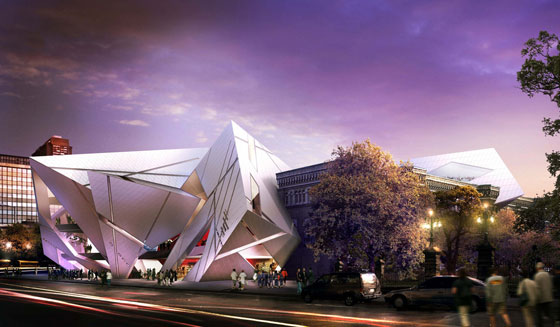 The sneering was involuntary when we read that Daniel Libeskind, whose idealistic World Trade Center scheme became the cudgel that George Pataki used to freeze ground zero, would keynote a weeklong conference of brand managers at Chelsea Piers. But then the effervescent architect started guiding a half-full ballroom through his recent work, and we realized this guy’s had a lot of output while we’ve bickered over a memorial. Libeskind’s new projects under construction include a jagged apartment tower facing downtown Cincinnati and a wing of the Royal Ontario Museum that suggests a giddy urban campsite. Libeskind, as ever, refused to carp. On the World Trade Center, he told us: “You see the slurry wall being repaired — you see something optimistic there.” Well, at least he does. —Alec Appelbaum 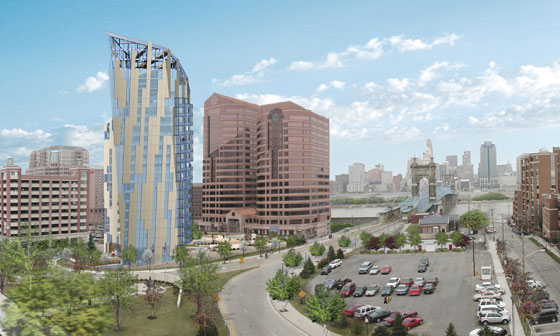