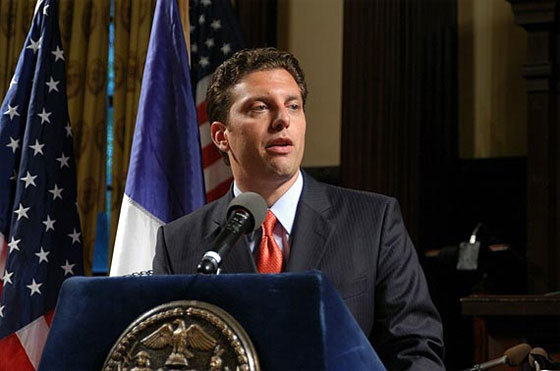 It’s day two of Queens city councilman Eric Gioia’s “I will live a week on $28 in groceries” stunt, and, frankly, we’re beginning to lose the plot a little. Is the purpose of the exercise to highlight the plight of the underclass — $28 is the average nationwide food-stamp allotment — a Morgan Spurlock–esque endurance contest, or for the out-of-touch politician to Learn a Valuable Lesson? The Daily News followed Gioia on his grocery run to Food Dynasty in Queens; their priceless lead photo depicts the councilman regarding a pack of franks with a mix of puzzlement and mild disgust. “I usually shop at Whole Food or online at FreshDirect,” Gioia blurted out to the paper. “I don’t even look at the cost, I look for the brand I like, and I buy it.”

After stocking up on white bread, Chicken of the Sea, ramen noodles, pasta, tinned tomato sauce, and “American Accent Sandwich Slices” (a not-quite-cheese product), Gioia had another epiphany. “I can’t even eat healthily,” he said. “I’ve found out that the cheapest food is also the unhealthiest.” (He should compare notes with Oregon governor Ted Kulongoski, who thought of this stunt last month.) The total bill came to $24.44. Theoretically, the remaining $3.56 would have allowed Gioia to hit Chinatown for some dirt-cheap, and decent, veggies. But that’s not his district.