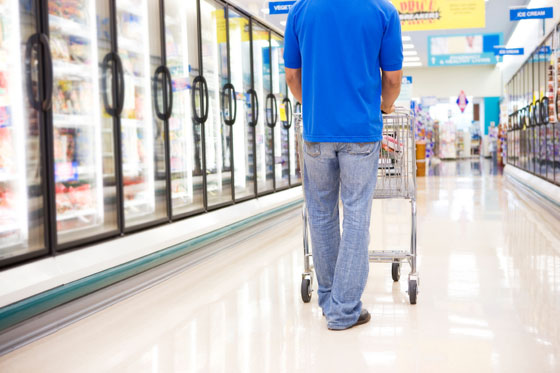 Last week, we chided City Councilman Eric Gioia for realizing the difficulty of eating nutritious meals on a budget of $28 a week. Gioia, following in the footsteps of Oregon governor Ted Kulongoski, ate only what he could buy with food stamps to advocate increased funding for the program. A week’s worth of ramen and off-brand white bread can make anyone cranky, and Councilman Gioia’s office took issue with our treatment of his efforts. We also heard from Joel Berg, executive director of the New York City Coalition Against Hunger, who joined Gioia’s diet last week. Their words are after the jump.

Regarding your item today that indicating that it is obvious that poor people don’t eat well, you’d be surprised how many New Yorkers — including well-educated, “liberal” ones — actually do believe that people on food stamps “have it easy.” I hear remarks like that all the time.

I would hope that Council Member Gioia would be praised, not ridiculed, for bringing attention to this vital issue. As I said at our joint announcement yesterday, neither of us are spending the week pretending that we will truly know what it’s like to be hungry. However, this exercise is providing a stark demonstration of the extremely difficult choices that low-income New Yorkers are forced to take on a daily basis.

Even since we’ve announced the challenge, some people we’ve spoken to seem to think that the $28 per week figure is something we made up to exaggerate the problem, when it is based on hard governmental data. In fact, since the $28 figure is an average, many New Yorkers get far less than that, and benefits for a whole month can be as low as $10 for certain populations.

We live in the richest City that has ever existed in the history of man and yet, it is a sad fact that thousands of children in New York go to bed hungry. Each month, over a million New Yorkers use food stamps to provide meals for their families and stave off hunger. The Food Stamp Program was designed to enable low-income Americans to buy nutritious food as part of the War on Poverty. The program not only improves the health of New Yorkers, it also brings over $1.5 billion of federal monies into the local economy each year.

Under current allocations, the average food stamp budget for New York City is only $28 per person per week — or $1.30 per meal. A budget limited to $1.30 per meal makes it very difficult for food stamp recipients to have enough food every day, not to mention the incredible challenge of making that food nutritious.