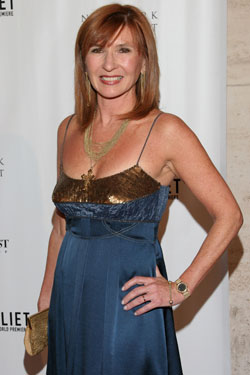 Romeo + Juliet opened at the New York City Ballet earlier this week, and guests at the black-tie dinner afterward were handed not seating cards but rather a sprawling seating chart. Odd: Instead of being shown their seats, society girls with tiny clutches were forced to grapple with 25 pages of table assignments. But the unusal system was fortunate for folks like us, providing insights into the inner workings of high society. For example:
• VIPs get triple-digit table numbers. Double-digit tables seemed to have a maximum of one celebrity each, while single digits went to the teeming masses.
• Designer Alice Roi does not seem to count as a VIP. Neither did MoMA bigwig Agnes Gund.
• Former mayoral candidate Carl McCall won this round by sitting at table 55, right next to the bar.
• Lost’s Michelle Rodriguez, no longer serving time, was sentenced to table 8. (Or maybe not: Turned out to be a civilian with the same name.)
• Nicole Miller, whose husband works in national security (who knew?), was supposed to be at table 109 with fellow designer Thom Browne. Instead, she was a little disappointed to have been moved to table 114 with Gilles Mendel, Byrdie Bell, and Mary Alice Stephenson. How do we know? Because she got stuck sitting next to us and borrowed our seating chart to check out where all her friends were. —Jada Yuan