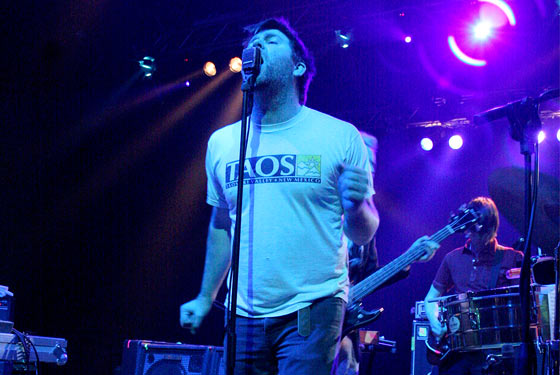 Missed a good show last night? Chances are it’s been written up on Vulture, our sister blog. We’re not proposing these posts as a remedy — they’re far more likely to piss you off further about not having been there than to allay the pain — but at least you’ll be able to fake your way around another band-themed conversation. Today in Last Night’s Gigs: Polyphonic Spree, who have traded choir robes for futuristic army uniforms, and LCD Soundsystem (above), whose mastermind James Murphy was spotted channeling Andrew W.K. in a most unsavory fashion.