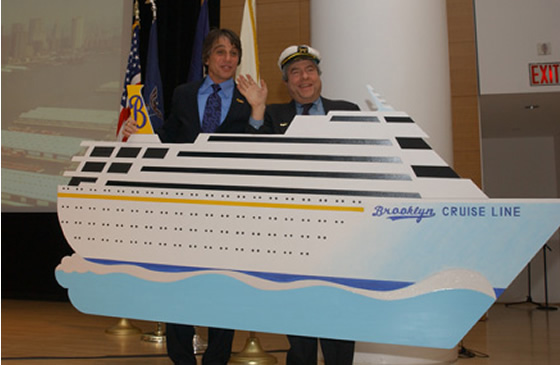 How high are the ambitions of lame-duck Brooklyn beep Marty Markowitz? High enough that a real live mayor, Michael Bloomberg, will host a fund-raiser for him next week at his Upper East Side townhouse. It’s not an endorsement of an heir, City Hall hastens to add — merely a boost from a friend. Still, this is our official signal to start taking the possibility of Mayor Marty, who already has a million-dollar war chest, seriously.


The pros of a Markowitz candidacy include a massive recognition factor (he’s likely the only one of our five borough presidents most people can name — Manhattanites, too) and his relentless cheerleading on constituents’ behalf. The cons are that the latter has, over time, rendered Marty a bit of a cartoon. When the man gutted an activist-infested community board last month, the press covered it as though a panda had bitten a man’s head off. Then again, Marty may well be the ultimate New York mayor material: He combines the short stature of LaGuardia, the homey manner of Koch, the generic geniality of Dinkins, and Rudy Giuliani’s, um, love of the carnivalesque.

Bloomy To Host Fundraiser For Marty [The Brooklyn Paper]