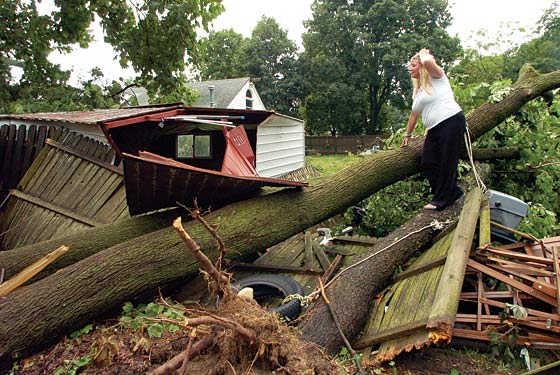 The city was shaken last week when an explosion tore open the ground near Grand Central and spewed scalding vapor into the midtown sky, but steam was being blown off everywhere. The Dow broke 14,000. Mayor Bloomberg unloaded on Albany Democrats for screwing up his deal for federal transportation funds, but steamroller Governor Spitzer helped pave the way to a compromise. Would-be First Lady Elizabeth Edwards slammed Senator Clinton for not standing up for women. Rudy Giuliani made his first extended tour of Iowa, taking time to praise two forces unpopular in NYC: nuclear power and Supreme Court justice Antonin Scalia. Andrew Cuomo sued ExxonMobil to clean out Greenpoint.

Homeland Security declined to reinstate most of our anti-terror funds that it took away last year, though Indianapolis received a 76 percent bump. Cops found a $50,000 prize in a box of Cap’n Crunch during a Washington Heights raid. The parents of murdered police officer Russel Timoshenko called for his killers to fry. A Fifth Avenue parishioner sued her Presbyterian minister, who’d convinced her their affair was “a gift from God.” Long Island felt the wrath of a tornado that uprooted trees. Celebrity hawk Pale Male got pelted by a Jersey construction worker (who claimed the projectiles were bread). Rapper Remy Ma tried to explain why she was heat-packing in the meatpacking district. Stephon Marbury predicted he’ll ditch the Knicks for la dolce vita in Italy come 2009.

Hundreds queued up in the rain to buy $15 cotton sacks at Whole Foods. Tastemakers wondered what Padma Lakshmi had cooking with billionaire Teddy Forstmann. The new Harry Potter book was leaked online five days before its release, and the Times reviewed it early, angering J.K. Rowling. The decaffeinated diaries from Joe DiMaggio’s Mr. Coffee years went up for auction at $1.5 million. And Al D’Amato showed that while his power may have waned, his potency has not: The 69-year-old former senator will be a father once again in February. —Mark Adams