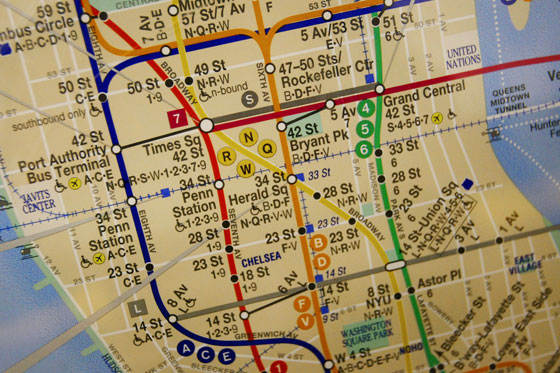 In another grand leap forward for mobile New Yorkers, someone other than the MTA is once again making public transit easier. Google is poised to launch Google Transit for the city, which will make it possible to search for directions from one place to another, using the quickest subway or bus route. (You know, sort of like HopStop.com but with the power and popularity of Google) The system is already in place for several other U.S. cities, including Tampa, Dallas, Portland, and Seattle. When they implemented it in Duluth, public bus use shot up 12 percent. This is genius, though the MTA’s routine unannounced delays and murky service changes are likely to throw a lot of wrenches in the gears. After all, can a computer algorithm possibly pre-calculate “goddamn-sick-person-on-the-train ahead-of-us”–related delays?