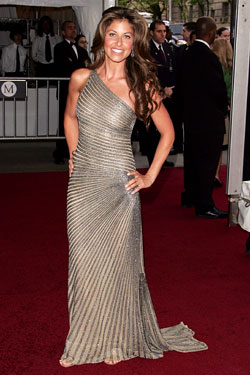 Balls? I would never.Photo: Getty Images

“I never got the whole socialite thing,” Dylan Lauren tells the Wall Street Journal’s Wealth Report today, which explores the plight of those exceptional New York rich ladies who work because they want to, not because they have to. “I mean, what do they do?” the daughter of Ralph, whose photograph appears 377 times on PatrickMcMullan.com, continued. “Sit around and have lunch? Wear dainty clothes and go to balls? I’d go nuts.” Dylan, after all, is a businesswoman. She runs a very important candy store, the success of which has nothing to do with where she came from or who she is. “Maybe it’s just my personality. But being a socialite has no appeal,” she said. I mean right? If only all the young heiresses in the city were like Dylan, and arose at sunrise to till the earth. Oh wait. They do!

Tory Burch, hardworking lady entrepreneur, for instance, “shies away” from the socialite label, since she spends most nights with her children or working on behalf of Memorial Sloan-Kettering in New York, her favorite charitable cause. And Vanessa von Bismarck? She’s not just going to get married and spend her whole life doing castle renovations like all the other princesses. “That’s not for me,” the public relations executive tells the Journal. Wow. These young ladies are all such great models. Role models, we mean!

Heiresses Get Down to Business [WSJ]