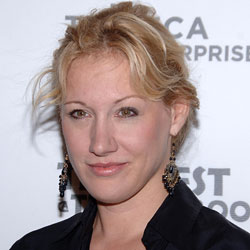 A Long Island woman Michael Lohan met in family court is pissed off because he has another girlfriend. An item claims there’s “trouble in paradise” between Amy Sacco and fiancé Luigi Di Carolis but doesn’t specify what it is. Bill Clinton threw Chelsea’s ex Ian Klaus a book party at Tabla. A number of people invited to the In Touch party at Tenjune never made it inside because the doormen let in their personal friends instead of invited guests. Denise Rich plans to take her 6,000-foot yacht, now docked at the Battery Park Marina, to the Caribbean for Thanksgiving. Gillian Hearst-Shaw and Christian Simonds are getting married tomorrow at the Pierre Hotel, with Lydia set to be her sister’s maid of honor.

Gene Simmons passed a note to a flight attendant requesting an airborne liaison but was denied. Jessica Simpson is rumored to be making $3 million for her next batch of Proactiv ads. Fifteen Kid Rock impersonators showed up at Rock’s album-release party at Nikki Beach club. Speaking of Kid Rock, a Penthouse Pet and a model/Realtor are both trying to date him, with varying degrees of success. Ted Turner called out Larry Ellison for spending his vast fortune on megayachts instead of donating it to charity. Michael Madsen bought his wife a horse despite the fact that he still owes his ex-wife $38,000 in child support. A book coming out about Lou Pearlman in April is said to contain more accusations of sexual indiscretion as well as the real story as to how he bilked investors out of $500 million. Leonardo DiCaprio’s girlfriend, Bar Refaeli, is suing the Israeli newspaper that quoted her saying she thought living in New York was better than serving in her country’s army. Wyclef Jean thinks that former Fugee Lauryn Hill needs to see a psychiatrist. Jon Corzine looked “spry” going up and down the stairs at the Friars Club in New Jersey. Alan Greenspan’s editor was the only person who saw his book while he was working on it, for fear that leaked info could affect the global economy.