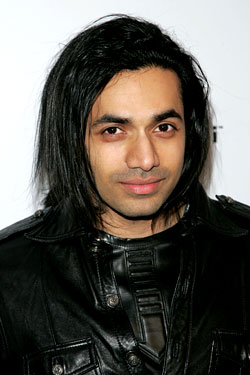 There is no spoon.Photo: Getty Images

Earlier this year, New York designer Anand Jon was slapped with 32 criminal charges, including sexual battery and committing a lewd act on a child. Yesterday a Los Angeles court revealed that Jon was indicted with a whopping 54 felony counts (and five misdemeanors). He’s now accused of sexually assaulting twenty teenage girls, and the charges include “forcible rape, sexual battery by restraint, lewd acts upon a child, sexual penetration by a foreign object, using a minor for sex acts, forcible and attempted forcible oral copulation, assault with intent to commit a felony, possession or control of child pornography and contributing to the delinquency of a minor.” Which is, you know, an epic amount of evilness. His lawyer says the case is “made up out of whole cloth” (ooh, a fashion metaphor — appropriate and tasteful), but Jon is also under investigation in New York. If you’re not familiar with his design work, check out his Website AnandJon.com. As Defamer points out, you’ll quickly see that the only thing left out of his charges are extensive crimes against taste.