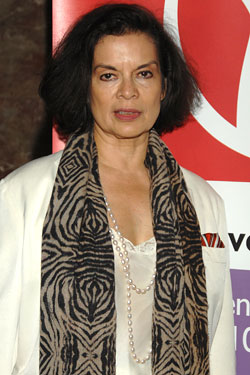 Poor Bianca Jagger. She’s losing the lease on the Park Avenue apartment she’s had for twenty years. After lawyers for her landlord, Katz Park Ave. Corp., pointed out to a judge that Jagger was only staying in the United States on a temporary visa, it was impossible for her to claim that the rent-stabilized apartment was her permanent residence. Jagger paid $4,600 a month in rent for the home at the tony 530 Park building. According to reports, the market rent of her apartment would be upwards of $8,000. Not that it really matters, since she stopped paying in 2003, claiming that “toxic mildew” in the walls made it impossible for her to live there. She and Katz are still embroiled in a $20 million lawsuit over the mold. It’s so confusing; is Bianca a victim? We can’t tell. Really, the whole thing just brings us back to the age-old New York conundrum: Why the hell does someone like Bianca Jagger get to have a rent-stabilized apartment, anyway?

+Comments Leave a Comment
Bianca Jagger Kicked Out of Park Avenue Apartment, Mold Gets to Stay