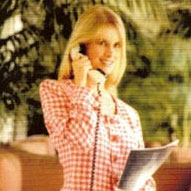 Ron Burkle isn’t the only one who gets burned in the memoir Chevyn McClintock is shopping, which “Page Six” reported yesterday contained the astonishing news that Burkle was a dud in the sack. Chevyn sent us another chapter last night, and it turns out she also has an ax to grind with Pia Miller Getty, the daughter of billionaire Robert Miller, the eldest of the troika of “Miller sisters”(the others are Princess Marie-Chantal of Greece and Alexandra von Furstenberg) and the onetime wife of oil heir Christopher Getty. Oh, about that last thing! According to McClintock, she was actually married to Christopher Getty when he was introduced to Pia (by “a New York gay investment banker named Alecko Papamarcko” whose “reputation as a matchmaker for children of the rich and famous was legendary” no less). But things really heated up between Miller and Getty at a party the three of them attended at the Met in New York back in the early nineties. According to Chevyn! We have no idea if the following anecdote from her proposal is true or not; she’s sort of unreliable. For example, she admits in the manuscript that she was not exactly married to Christopher Getty, as “there was a problem with the legality of their union.” And is that even her her name? But she is extremely entertaining. Seriously, a little editing and lawyering and this IS the society version of Confessions of a Video Vixen. Get this woman a book deal!

Several weekends later we flew to New York for a party at the Metropolitan. [Christopher Getty] had placed a few mysterious phone calls back and forth to someone before we left and I did not trust his secrecy. We arrived and checked into the hotel. Champagne was ordered and we urgently had sex because it had been over 7 hours since our last round. Our attempt on the plane was thwarted when the stewardess knocked on the bathroom door and asked us to come out. We could never be around each other for more than 2-3 hours without it. I got up afterwards to dress, and as I pulled my dinner suit out of the hanging bag Christopher looked at me cruelly and said, “This is an elegant party with the BEST of New York Society, so I am not comfortable with the “Los Angeles sexy slut” look tonight!” I gasped as if he had kicked me in the stomach. With hurt and humiliation I responded, “This is a Chanel suit with a short skirt, and I do not ever dress like a slut. YOU are the one who insists I wear the Alai dresses out in public with no underwear!” He pushed me aside roughly as he entered the bathroom. I was dumbfounded by this infliction and did not want to accept and acknowledge this side of my lover which was now becoming more frequent. We dressed in silence and I walked out the door with him right behind me. At the table all the couples had been conveniently separated to stimulate conversation. I was seated between two sexy European young men and Christopher was placed next to someone whose place card read “Pia Miller.” My disgust with his earlier treatment was so profound that I was glad to have this physical separation so that I could breathe fully and enjoy the surroundings. The tables were impressively set, the flower arrangements were spectacular, and the Metropolitan had been magically set and lit with infinite candles This appreciation for the setting did not completely distract me, and it became apparent Christopher had now crossed the line completely by publicly humiliating both of us with his drunken acts. The interaction between he and this Miller girl was becoming quite animated especially after the wine had been flowing throughout the multi-coursed dinner. Her hand was suspiciously moving under the tablecloth in the area of Christopher’s crotch. I dared not let my imagination go there, so I returned to the present moment. The male next to me was charming and sexy I tried to remain unfazed as I focused my attention back to him. The evening was coming to a close and I excused myself for one last trip to the ladies room. I came back to a sight I will never forget if I live to be 100. This Pia Miller person gasped audibly as I yanked up the cloth to reveal her hand vigorously giving Christopher a hand job. I was beyond enraged as I approached them and yelled, “Well, my husband must not have told you I was across the table. Obviously a woman of your determination and character would not be bothered by that detail. I think the two of you need some more wine!” With that I took a bottle of red in one hand and a bottle of white in the other. I poured the red over Pia Miller’s light blonde/white hair and the lovely white designer dinner suit she wore to disguise her unattractive figure and Christopher was “christened” with the white.

Download the rest of the chapter here: A Golden Rotten Getty