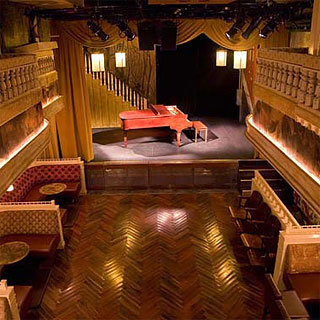 We have to hand it to the Post and the Daily News. They’ve treated the story of the serial rapist who preys outside of the trendy Box nightclub with relative sincerity. Not even a “BEHIND THE VELVET RAPES” headline. It’s probably because this is the intersection of the two kinds of stories the tabloids do best: serious, grim-faced crime reporting, and salacious celebrity fixation. It turns out that a man posing as a livery driver abducted and sexually assaulted two women (one in September and one on Friday) from in front of the club at 3 a.m., while partygoers stumbled in and out. The club is popular with celebrities, who perform on its tiny stage and line its cozy banquettes nearly every night. In both cases the stalker stole money using the women’s ATM cards, raped them, and then dumped them in an outer borough. Luckily, both women gave descriptions of the man and there were witnesses who saw the cars he was driving, so police have several leads.*

*If the tabs aren’t going to crack a joke, we aren’t touching it with a ten-foot pole.