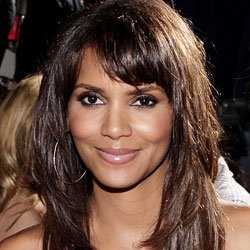 Halle Berry apologized for making an anti-Semitic joke as a guest on the Leno show. (NBC deleted it from the telecast.) Governor Spitzer hung out with his Horace Mann classmates at his 30th reunion. Renée Zellweger chooses to live in New York and Connecticut instead of L.A. because she hates the paparazzi out there. (She and George Clooney also send each other six-page politically charged e-mails.) Jennifer Lopez is refusing to pay a New York limo company $16,000 in fees she owes. The Devil Wears Prada producer Wendy Finerman bought a twelve-room duplex on 84th Street with her banker husband. Jay-Z says he’s not so good at retiring and blames the media for the breakup of most celebrity couples. Meryl Streep walked her puppy on the West Side Highway in sweats and a hat. Soap star Nathaniel Marston of One Life to Live was arrested for assaulting three people on Tenth Avenue in what was evidently a drug-fueled rage.