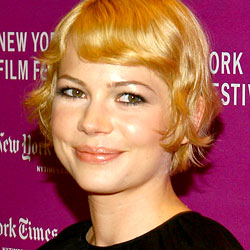 Michelle Williams may be leaving Boerum Hill because the brownstone she lives in is too big for just her and the baby. A pregnant Nicole Richie smoked a cigarette outside Da Silvano. Ed Westwick, a.k.a. Chuck Bass on Gossip Girl, likes playing the bad boy. (Also, he’s British!) Ryan Gosling shopped for flannel shirts at the Urban Outfitters on West 14th and also set off the store alarm. Jennifer Hudson canoodled with New York Jets free safety Kerri Rhodes at Cipriani. Joan Rivers claims her apartment was once haunted by a Jewish ghost from Larchmont. Natalie Portman couldn’t flirt her way to a table at LES restaurant Apizz. The launch party of the Supper Club at the National Arts Club was way too hot.

Jeffrey Epstein supposedly ferried boatloads of women to an island he owned in the U.S. Virgin Islands. LisaRaye Misick, who is married to the premier of Turks and Caicos, may be dating ex-boyfriend Eddie Murphy. Marisa Tomei confessed to stealing Band-Aids just last week. Heath Ledger waited on line before getting into Marquee. Lindsay Lohan’s dad likes his daughter’s new boyfriend because he’s not a celebrity. While in jail, Saddam Hussein compulsively used baby wipes. Harvey Weinstein is now a fashionista and will speak at the WWD/DNR CEO Summit today. Vincent Gallo is set to star in a Belvedere Vodka ad campaign being shot by Terry Richardson. Björk took over the D.J. booth at Rose Bar. Jane Rosenthal, Robert De Niro’s movie partner, said the biggest regret of her life was making Rocky and Bullwinkle. Kate Beckinsale will play Judith Miller (and Angela Basset will be Bill Keller!) in the film about the ousted Times reporter. A friend of Johnny Cash claims that “Ring of Fire” is a euphemism for June Carter’s vagina. Missy Elliot bought Ciara a diamond bracelet and chicken wings for her 22nd birthday.