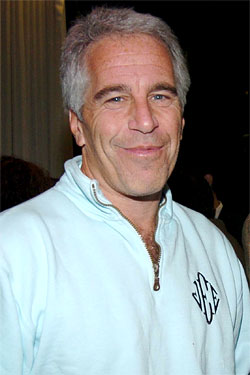 Epstein will have many new roommates!Photo: Patrick McMullan

“I don’t like living in another man’s house,” billionaire money manager Jeffrey Epstein was quoted saying in New York five years ago, referring to the $10 million of renovations he was making on his 51,000-square-foot Upper East Side mansion. That’s too bad for him, because the Post is reporting this morning that despite the best efforts of his lawyer Ken Starr, Epstein has made a deal with Florida state authorities and will soon be going to prison for up to eighteen months for soliciting underage prostitutes. This means Epstein will have to leave his massive Upper East Side mansion, his pink Palm Beach spread, his New Mexico ranch, and his 100-acre private island in the U.S. Virgin islands behind for one of three places: the West County Detention Facility, a spacious spread located 45 miles west of West Palm Beach in the city of Belle Glade, Florida; the Palm Beach County Stockade, a seventeen-acre compound adjacent to the South Florida Fairgrounds (although, as an inmate, you can’t go to the fair, the Stockade does offer Culinary Arts and Drug Education classes); or the Main Detention Center. This last option, a $52 million twelve-story high-rise in West Palm, might most remind Epstein of home — except, of course, he’ll be sharing it with 2,106 other roommates.