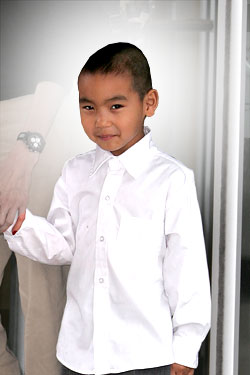 Even without the Jolie Pitt clan, our hearts will go on.Photo: Wire Image

We’re not ashamed to admit it: When we saw those pictures of Angelina Jolie filming The Changeling in Los Angeles the other day, our hearts dropped to the floor. It was like discovering someone’s been cheating on you. What was she doing in L.A.? She’s supposed to be here! First, there was denial. They can’t really be gone, we said to ourselves. They only just got here! Then came the story in the New York Observer about Maddox leaving school, and slowly, grim reality set in. We e-mailed Cindy Guargenti, Brad’s rep, just to be sure. “I think hes left … not sure,” came the BlackBerry-ed response. “I believe they are on their way back to la shortly.” Fuck!, we said to ourselves. Even she doesn’t know where he’s going? And why should she! They’ve had like ten houses in ten months! Why do these people move around so much? Why do they “phunk” with our hearts? We thought we were alone in our sadness, and so we buried our feelings in shame. But today, we saw that we are not alone. In an unusually sensitive item, today’s “Page Six” ruminates about how terrible all of this moving must be for the children, particularly Maddox, who switches schools every few weeks. In fact, “Page Six” hurt so much, they went to a therapist. “With the moves, the kids just don’t invest in relationships, because they’re going to lose them anyway,” therapist Puja Hall told the Post. “They think: ‘Why bother? I’m not gonna stick around. We’re gonna pick up and go, and the loss of friends is painful.’” Indeed. Don’t worry, Richard Johnson. We’ll get through this! Together.