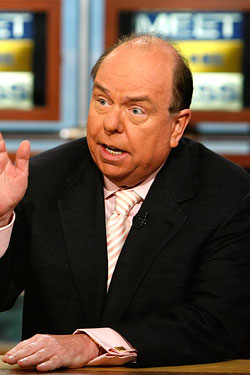 British Prime Minister Gordon Brown has sacrificed the popularity with which he arrived in office by choosing not to hold a fall election, writes London political strategist Rupert Darwall in today’s Wall Street Journal. Darwall can’t figure out quite why the confident and methodical Labour leader would skip this obvious and inevitable next step. It seems like it might be part of a new tack for Brown, which to our minds, actually makes sense. Of late, Brown has been advised by New York’s very own Bob Shrum, the legendary speechwriter and campaign manager most recently famous for advising John Kerry and Al Gore on their logic-defying losing presidential runs against George Bush.

In 2005, shortly after Bush’s second win, Shrum went to London-town to help Brown and the Labour party reinvent their image at a moment of low morale. Since that stint, he’s taken time off from politics and become a professor at NYU, also spending his days in the city quietly working on his book, No Excuses: Concessions of a Serial Campaigner. But starting this summer he’s been pond-hopping, advising Brown and other Labour leaders once again. The British press has caught on to his efforts, even calling Brown out for using famous Shrum-isms from American speeches he’s written. After a few years of lying low, it seems that the liberal strategist wants a clean slate on which to write more of his brilliant rhetoric. We’re not sure how this will affect Brown’s political future, nor do we care, but as for Shrum, anybody who’s figured out a way to get paid in pounds these days has to be on to something.