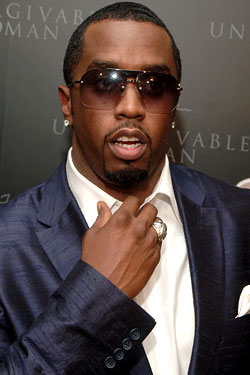 Even though Diddy skipped his appointment to talk to cops yesterday about the choreographed-seeming fight he’d had Saturday night in Soho over, reportedly, a woman, the Daily News assumed everything was getting smoothed out, because they saw Diddy and the guy he’d punched, Steven Acevedo, together at Butter last night. They even quote a police source saying, “A little money will change hands, and the punch will be like it never existed.” But the Post, gumshoes that they are, tracked down Acevedo and found out that in fact all was not well in Diddyland.

“Definitely not,” he said outside his Manhattan apartment, before slowly drawing his finger across his throat in a menacing gesture directed at the hip-hop mogul, who is a longtime acquaintance.

We’d chalk one up for Team Murdoch for getting this real and important story out there, but frankly, this only raises more questions. Not to be mean or anything, but the dude is not only kind of dumb but also kind of fat. So who is the woman that is sleeping with him and Diddy?