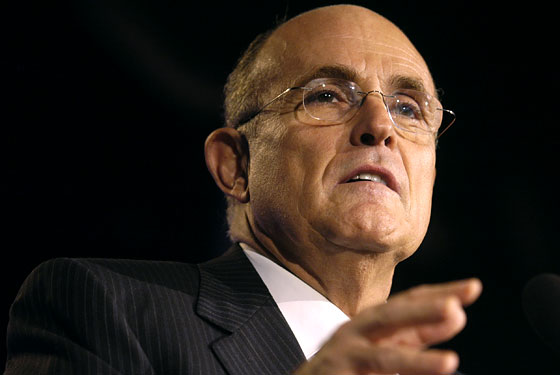 Doesn’t it seem like only a short time ago that Rudy Giuliani was cavorting around London, all chummy with the Brits? Now he’s pissed them right off by offering up a wonky statistic in an ad his campaign is running, which uses Giuliani’s own experience with prostate cancer to argue against the “socialist” health-care plans suggested by other candidates. In it, he says: “My chance of surviving prostate cancer — and, thank God, I was cured of it — in the United States? Eighty-two percent. My chance of surviving prostate cancer in England? Only 44 percent under socialized medicine.” But the Office for National Statistics in Britain begs to differ; they say says the survival rate for first-year prostate cancer in the U.K. is more like 74.4 percent. It turns out Giuliani’s numbers came from a first-person article written by a Giuliani adviser and published by Rudes’s old friends at the Manhattan Institute. Which means basically the Republican front-runner reads Pravda to get his news. Plus the original source of the figure, the Commonwealth Fund, says it was manipulated. Does Giuliani’s campaign care? Eh, not so much. Will they do any further research into this matter? Probably not. One source is plenty! Especially since, as his spokeswoman awesomely told the Times, “The citation is an article in a highly respected intellectual journal written by an expert at a highly respected think tank which the mayor read because he is an intellectually engaged human being.”