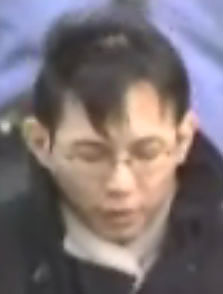 A New York State judge sealed the sexual-harassment suit filed by former SAC Capital Management trader Andrew Z. Tong against the hedge fund and his former boss, Ping Jiang, to keep “salacious and yet-unproven” allegations under wraps, but the weird details keep trickling out. For those who are just tuning in, Tong claims that Jiang, a senior trader at SAC, encouraged him to take estrogen pills and wear women’s clothing in order to soften his manner and improve his trading skills, and that the combination made him gay — or, at least, gayish enough to stop sleeping with his wife and engage in a sexual relationship with Jiang. Jiang and SAC deny any of this occurred, but yesterday Tong’s lawyer, Gerry Filippatos, told the Post that Tong has both medial reports and “scientific evidence” to corroborate his claims. (We wonder if they’re going to use the Castrated Rat Defense.) Best of all, an SAC trader offered up this unfortunate quote: “Jiang is a great trader and a bright guy whose strategy might have rubbed [Tong] the wrong way.” Heh. He said “rubbed.”