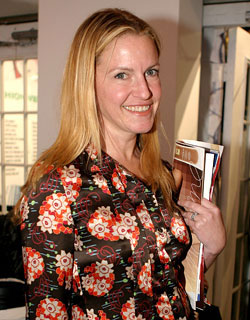 Is Jane Pratt leaving New York? Lately it’s been rumored she is starting a magazine with Gwen Stefani, who lives in L.A., and according to the Wall Street Journal, she sold her Greenwich Village townhouse this week, which, from the listing, looks like the sort of place you would want to hold onto unless you have a really good reason to leave. (Or, like Jane, you get over your $3.65 million asking price, close to double what you paid for it. But still.) The broker, Brown Harris Stevens, describes 58 Downing Street as a “fantasy home” “decorated by one of the world’s top designers” with twelve-foot ceilings, two fireplaces, turn-of-the-century woodwork, one of those cool basement kitchens, and a landscaped garden, “the perfect space for relaxing with a book in the dappled sun.” That’s so Jane! It’s also so us! Just saying.

+Comments Leave a Comment
This Is the House That Jane Sold