A Brazilian woman has snatched the title of world’s oldest person away from American Besse Cooper, as confirmed by Guinness World Records. Maria Gomes Valentim was born on July 9, 1896, and is 114 years and 313 days old — 48 days older than Cooper, who lives in Georgia. Although she attributes her longevity to her diet, her diet doesn’t really seem that unique: “She eats a full roll of bread every morning with coffee, fruit and the occasional milk with linseed.”

However Valentim managed to not die all these years, it’s an amazing accomplishment. But we’re a little concerned about Cooper, who received her “world’s oldest person” plaque just two months ago. 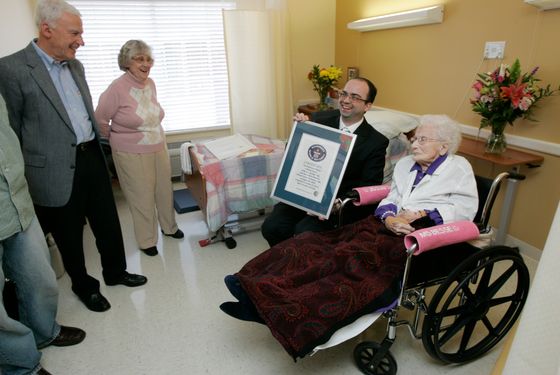 Are they going to take the plaque away from her now? Because that seems like a pretty mean thing to do to a 114-year-old lady.