For whatever reason, the polling outfit PPP, which likes to do silly things from time to time, has a new poll out on voter approval of … God. Yes, the God. Let’s look at the results: 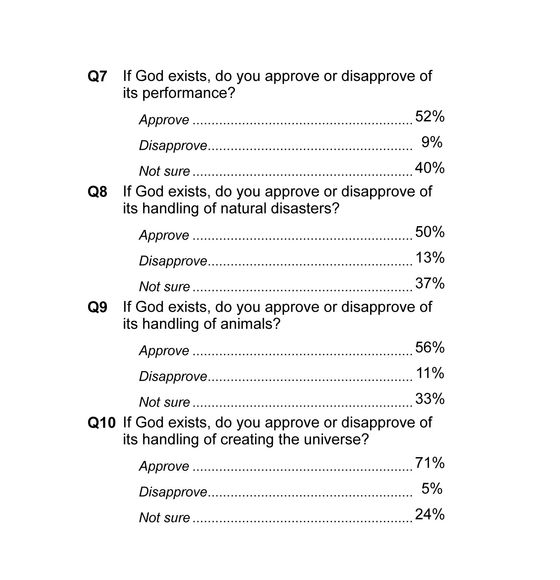 It’s hard to know what to make of these numbers. On the one hand, some of God’s support is astonishingly low. Only 71 percent are happy with how he created the damn universe, from nothing, and made possible all that exists? So picky, some people.

On the other hand, though, why does anyone approve of his handling of natural disasters? Those are awful, and they happen all the time. Personally, we could do with fewer natural disasters.

As for “handling of animals,” we don’t even know what that means. Who is he, Jack Hanna?