Ayelet Waldman — self-proclaimed “bad mommy,”  wife to Michael Chabon, and sometime Daily Intel contributor — has mastered the art of making people talk about what she cares about on Twitter. This art involves a lot of angry swearing (like, really, a LOT) and staccato, sarcastic @replies. Her particular form of trolling is fascinating because it evokes a real-life meltdown, in which she journeys from bombastic statement to anger at reactions to said bombast and back again with whiplash speed. Her public revelation this fall that she had HPV, and the webstorm that ensued, is a perfect example of this. There is a rubber-necking element to it: How much will she freak out this time? Is she freaking out in real life, or just on the Internet to get people talking?

Waldman’s Twitter spats are also interesting for their subject matter. She often calls other women really mean names in the service of feminism. Today’s series began that way: 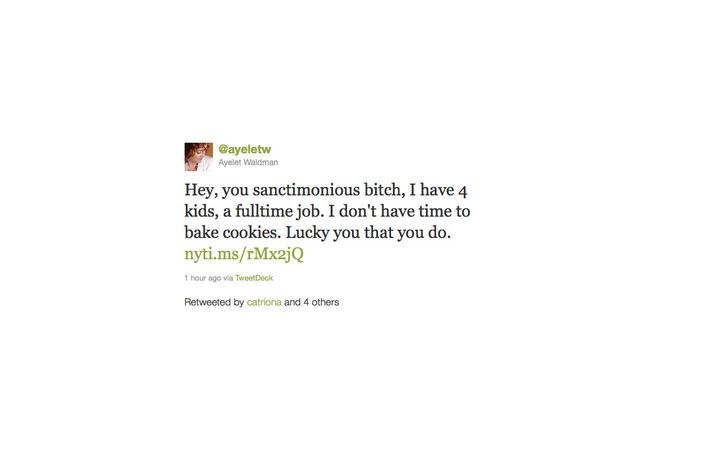 Then, she added, “This homemaker fetish is retrograde and anti-feminist and women like JENNIFER STEINHAUER are just PC, liberal Phyllis Schlaflys.” And next, “Oh, I’m too busy baking and raising my own chickens for the fresh fresh eggs. I have no time to, um, work. Or be politically active.” On from there, through the cycle. 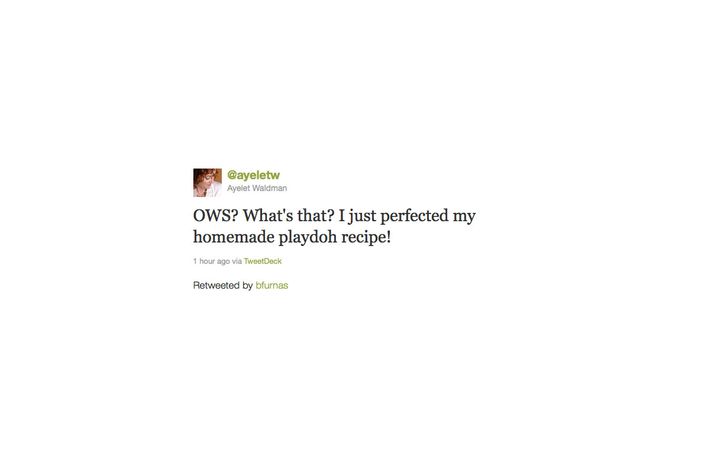 Here’s the thing: Her basic critique of the Times piece on bake sales — where the writer argues that “nothing is quite as depressing as the modern bake sale, where amid the veritable celebration of poundcakes and misshapen cookies are the inevitable Ziploc bags filled with Oreos or perfectly formed bakery-bought treats” — is an extremely valid one. The writer, who was doing a bit of trolling herself, as any good polemicist does, DID completely ignore that the real reason most parents probably bring store-bought goods to bake sales isn’t because they don’t value the humbler pleasures of life; it’s probably because they don’t have time. Totally smart thing for Waldman to bring up, and one that Steinhauer’s editor probably should have mentioned to her. But while her Twitter style might be brilliant for getting people talking about what she wants them to, it’s also pitched to be a turn-off, even if you agree with what she’s arguing. Angry rants, even artful ones, seldom win converts; polemics, if enjoyably crafted, can, without the reader even realizing it. Waldman even knows this about her ranting, sort of: 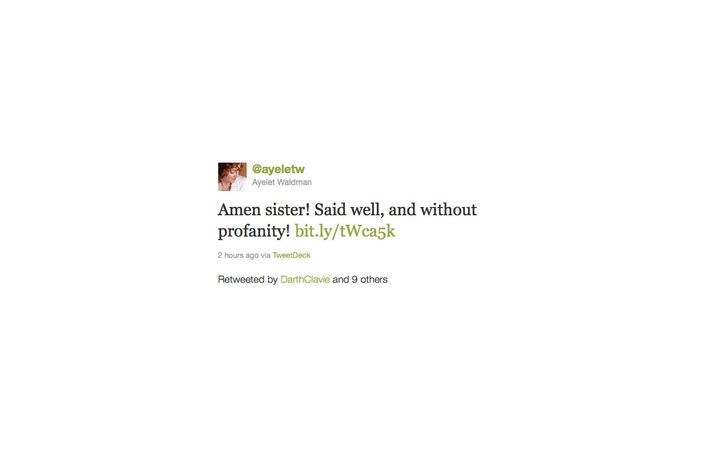 But she can’t quite bring herself to use that knowledge — and that lack of restraint is exactly why she continues to be fascinating to watch.