In the Rick Perry ad called “Strong,” released yesterday, the Texas governor laments an America where “gays can serve openly in the military but our kids can’t openly celebrate Christmas or pray in school.” He blames Obama for the “war on religion” and promises to “fight against liberal attack on our religious heritage.” It’s funny: He’s the one who sounds mighty hateful. The ad is aimed at conservative voters in Iowa, but has been viewed on YouTube almost 750,000 times. Online, where the heathens congregate, the reaction has been mostly negative, with the video collecting over 210,000 “dislikes” compared to just about 4,500 “likes.” And as with anything the Internet dislikes, the spot has been meme-d.

First came the online realization that, for an ad about how horrible gay people are, Rick Perry sure does dress a lot like that homosexual cowboy from the movies — a product of commie Hollywood, no doubt.

On Tumblr, Rick Perry’s Unpopular Opinions takes the GOP candidate’s out-of-touch homophobia and applies it to (nerdy) culture, resulting in gems like, “The Star Wars prequels are better than the originals,” and “Internet Explorer is the best browser.” Plus: 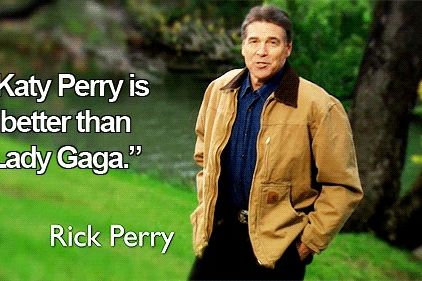 And most elaborately, “The Partisans” re-casts the ad from an aethiest’s perspective, proposing we leave the governing “to sodomites and infidels.” Not Herman Cain, though.

THE FEED
28 mins ago
what we know
what we know
An Armed Man Attacked the FBI’s Office in Cincinnati
By Intelligencer Staff
This is a developing story.
1:05 p.m.
life after roe
life after roe
The Anti-Abortion Movement’s Divisions Suddenly Have Huge Consequences
By Ed Kilgore
Fights over rape-incest exceptions and when exactly life begins are in danger of undermining already low popular support for abortion bans.
9:00 a.m.
what is elon musk?
what is elon musk?
‘I Don’t Talk to Any of My Normal Friends About This’
By Alex Yablon
Two members of Elon Musk’s Twitter army explain their decision to enlist.