A crackdown on illegal downloading may very well be occurring in a way it hasn’t since the fall of Napster. So far in 2012, file-sharing oasis Megaupload was raided and closed by the FBI, while BitTorrent wonderland The Pirate Bay plans to cover its tracks by removing all torrent files as its founder head to jail. Although the law enforcement action is focused on the people behind these sites, like the overblown bad guy Kim Dotcom, and not individual users, the arrests, seizing of websites, and potential legislation like SOPA and PIPA are clearly meant to send a message on behalf of movie studios, record labels, and other copyright holders. According to our admittedly unscientific and unrepresentative (but fascinating) poll, New Yorkers are barely taking notice.

Amid the swirl of bad news for illegal downloading, we sent out two interns, Catie Keck and Timothy Kosinski, to Union Square, Lincoln Center, and Morningside Heights to ask 100 passersby about their file-sharing habits. The most immediate thing we learned is that everyone does it: 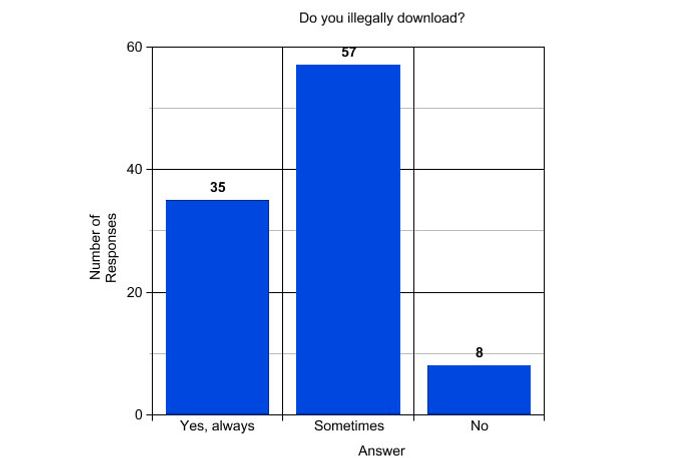 From young teenagers to much older adults, 92 respondents said they illegally download “always” or “sometimes,” and only eight said they never do.*

Next we asked whether recent woes for Megaupload and The Pirate Bay have discouraged their downloading: 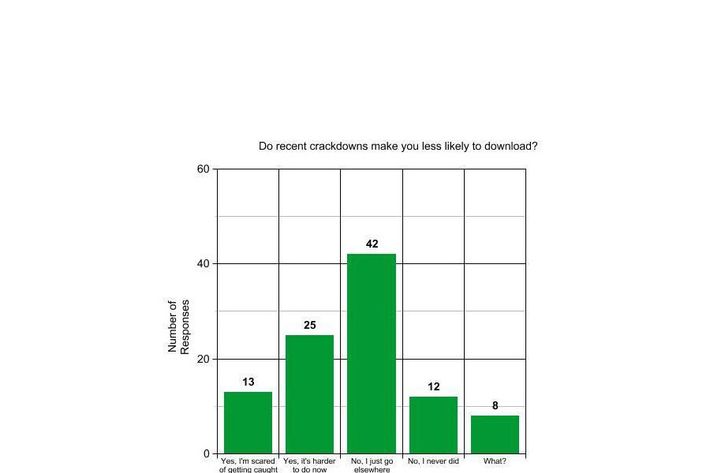 Only 13 people said they were scared by the recent news and that it made them less likely to break the law, while 42 people said they’re just going elsewhere to find what they want. Twenty-five people admitted that downloading is harder now, and eight people hadn’t heard anything about it.

And yet overwhelmingly, a majority of people said they also pay for music and movies online via services like iTunes and Netflix: 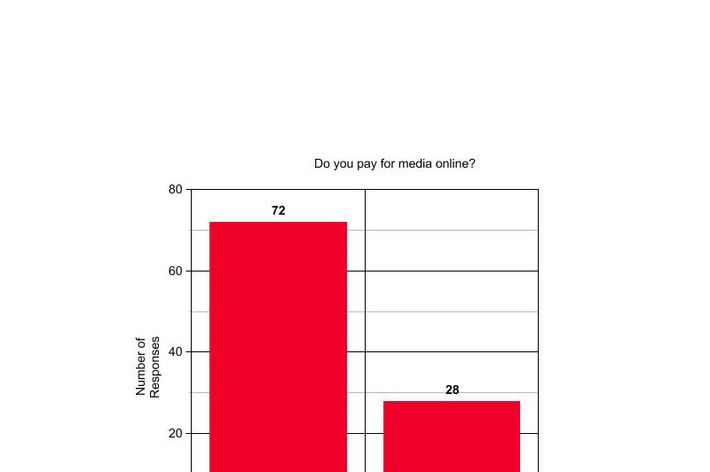 We’ll remain value neutral on this one, but the things people most commonly downloaded, according to our poll, were episodes of Game of Thrones and music by Drake. Taste aside, our lawless-leaning bunch included 30 people who said there should be no punishment whatsoever for file-sharing, while another 45 recommended a small fine. “But only if they can catch you,” as one person put it, “which at this point seems hard to do.”

*This post has been updated because we plugged the wrong number into the graph. 57 people, not 47, responded that they “sometimes” download.