Fox and Friends, that venerable staging ground for pathbreaking political commentary, had Geraldo Rivera on this morning for a rousing round of victim blaming. Essentially, one of the nation’s best known journalists believes that Trayvon Martin was shot because he was wearing a hooded sweatshirt. “You going to be a gangster wannabe?” Rivera said. “Well then, people are going to perceive you as a menace.”

Rivera, sometimes looking directly at the camera, called upon all black and Latino parents to stop their kids from wearing hoodies. Running the numbers, he confidently claimed “I’ll bet you money, if [Martin] didn’t have that hoodie on, that nutty neighborhood watch guy would have never responded in that violent and aggressive way.”

And yes, there was more. Not wanting to miss an opportunity to take on Occupy Wall Street, Fox and Friends host Steve Doocy took aim at Wednesday’s “million hoodie march” for justice in the Martin case. “You’re not helping,” Doocy and Rivera agreed. “You cannot rehabilitate the hoodie.”

This is good news for George Zimmerman and racial stereotyping, who can pass the blame to a hooded garment. Unfortunately, it’s very bad news for monks. They’ve been sporting the style since the middle ages. 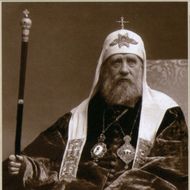 Update: We can’t tell for sure, but it looks like Lebron James and the Miami Heat have come down on the hoodie issue that Geraldo Rivera so trenchantly raised this morning. James just posted a dramatic picture on his Twitter of he and his teammates sporting hoodies. The tweet bore the hashtags #Stereotyped, #WeAreTrayvonMartin, #Hoodies, and #WeWantJustice.