Last Friday, President Obama gave a speech in which he argued, as he has many times before, that wealthy individuals owe some portion of their success to their fellow citizens and to the contribution of the government:

If you were successful, somebody along the line gave you some help. There was a great teacher somewhere in your life. Somebody helped to create this unbelievable American system that we have that allowed you to thrive. Somebody invested in roads and bridges. If you’ve got a business — you didn’t build that. Somebody else made that happen.

This week, Mitt Romney began lying about it. In Romney’s telling, “you didn’t build that” refers to the business that an entrepreneur created:

This week, Mitt Romney began lying about it. In Romney’s telling, “you didn’t build that” refers to the business that an entrepreneur created:

Right, except it’s pretty obvious Obama didn’t say that. He was saying that the entrepreneur didn’t build the entire physical and social infrastructure that allowed his business to flourish, not that he didn’t build the business itself. This is obvious if you consider the many ways Obama has made this exact point before, or the soliloquy by Elizabeth Warren that inspired it.

Romney’s lies have also inspired a meta-debate by conservative and libertarian pundits who have focused on the broader philosophical implications of the debate rather than the lies. Rich Lowry has one such column. The Economist’s Will Wilkinson, a libertarian who tends to lean pro-liberal but also pro-inequality, argues that the rich are already paying so, so much: 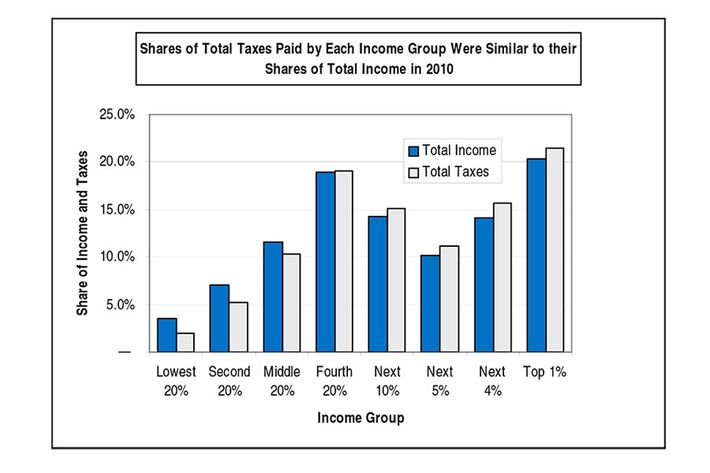 The top one percent earn 20.3 percent of all the income and pay 21.5 percent of all taxes. Now, it’s true that the rich are contributing a lot of the taxes, but that’s almost entirely because they earn such a large proportion of the income. And this fact circles back to the original premise, that the rich are able to enjoy such large returns in large part because of the contributions of government.

Mitt Romney, Bain Capital, and the One Percent Economy
The Ideological Fantasies of Inequality Deniers

+Comments Leave a Comment
The ‘You Didn’t Build That’ Lie