Some delegates who did not necessarily take the poll. Photo: Daniel Acker/Bloomberg

Down in Tampa last week, we learned that many RNC delegates think President Obama is the biggest threat to the United States, more than terrorism or a nuclear Iran. But guess what: The delegates here at the DNC feel the same way about the GOP. That and much more in our 50-delegate DNC poll.

According to our admittedly not-totally-representative sample of the delegates at the DNC, the GOP is as much of a threat to the country as the bad economy. In third place: the “one percent.” Nobody was too concerned about Iran or the debt or China. (One person wrote in “climate change.”) 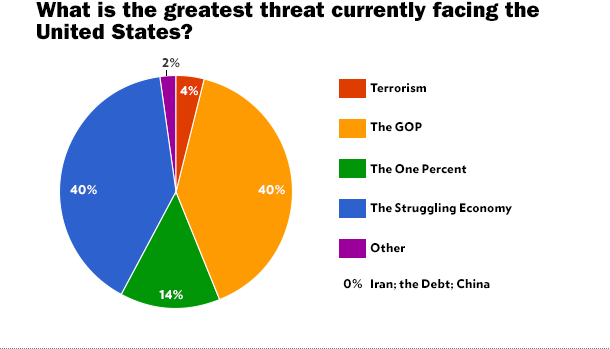 Only two people admitted that they would like to replace Obama with Hillary Clinton this year, and nobody preferred to bring back Bill Clinton, if that were somehow possible. This was, however, before 42 delivered that speech of his last night. 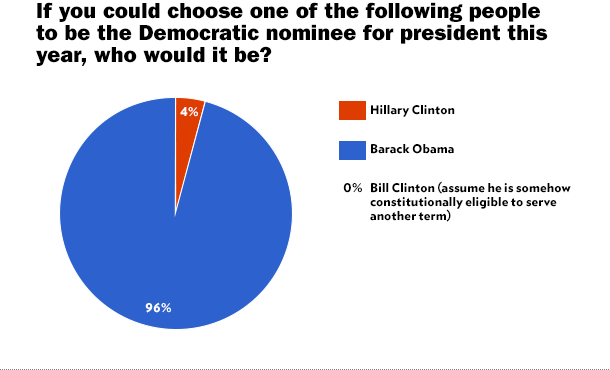 President Obama has visibly aged about twenty years since his first campaign for president, so we wondered whether his own delegates might have gotten confused about how old he is. Well, turns out they’re not. In fact, many of them knew Obama’s exact age (51), and some could recite his precise birthday (August 4). 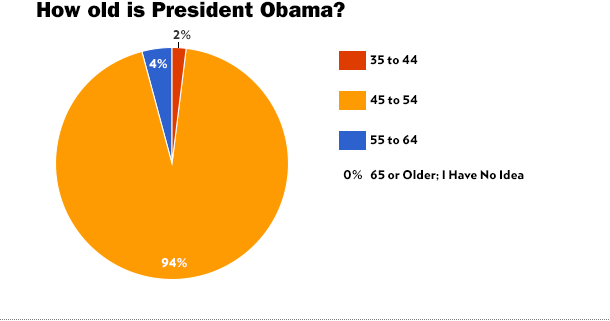 According to our poll, just about half of the delegates here believe that racism accounts for all or most of the GOP’s opposition to Obama. Only one respondent thought race had nothing to do with it. 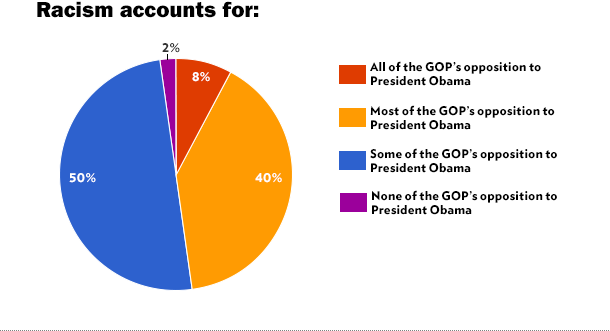 It’s hardly surprising, but the 2016 race for the Democratic nomination seems to be Hillary Clinton’s for the taking. More surprising: Joe Biden, who, according to New York’s John Heilemann, “genuinely wants to keep the option open” of running for president in 2016, received not a single vote of support here at the DNC. Sorry, Joe. As for the “other” category, San Antonio mayor and keynote speaker Julian Castro, Virginia senator Mark Warner, and Montana governor Brian Schweitzer each received three write-in votes. Newark Mayor Cory Booker received one. 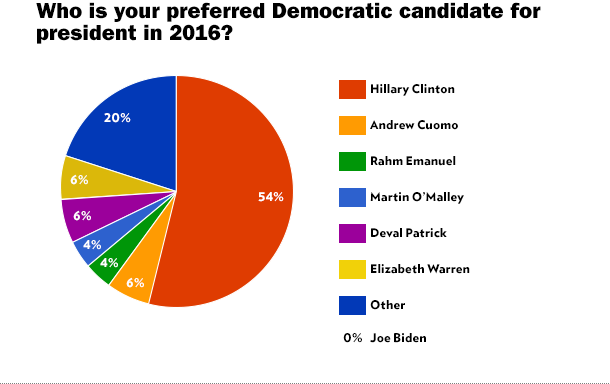