Obama and Romney talking over each other, as is their wont. Photo: Win McNamee/Getty Images

Nicest Thing Romney Said About Obama: “I congratulate him on taking out Osama bin Laden and going after the leadership in al-Qaeda.”

Nicest Thing Obama Said About Romney: “To the governor’s credit, you supported us going into Libya and the coalition that we organized.”

Most Confusing Alleged Joke: “We were together at a humorous event a little earlier, and it’s nice to maybe be funny this time not on purpose. We’ll see what happens.” — Romney, referring to the annual Alfred E. Smith dinner in New York which both candidates attended on Thursday night.

Most Surprising Source: Mitt Romney pointed  to a study by “a group of Arab scholars … organized by the U.N.”

Least Credible Source: “When the president of Iran, Ahmadinejad, says that our debt makes us not a great country, that’s a frightening thing.” — Romney.

Three Most Gratuitous Swing-State Call-Outs:
1. “We’re 9 million jobs short of that. I’ve met some of those people. I’ve met them in Appleton, Wisconsin.” — Romney.
2. “ I — I met a young woman in — in — in Philadelphia who’s coming out of — out of college, can’t find work.” — Romney.
3. “I was having lunch with some — a veteran in Minnesota…” — Obama. (Minnesota isn’t really a swing state, but close enough.)

Most Redundancy: “It’s widely reported that drones are being used in drone strikes.” — Romney. 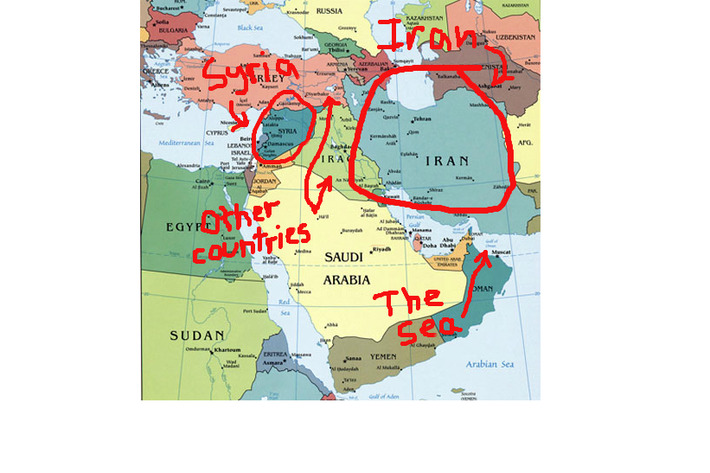 Number of Times Obama Claimed That Romney’s Policies Are “All Over the Map”: Three

Word You Were Least Likely to Have Included in Your Debate Drinking Game: Bayonet