As discussed earlier, Goldman Sachs is gearing up for the media battle of its life against Greg Smith, whose book on his now-famous resignation from the bank comes out on Monday.

Yesterday, to equip its troops for battle, Goldman sent a two-page “Briefing Toolkit” memo full of talking points to all of its employees, and many of its former employees via an alumni mailing list. A source who received the memo sent us a copy.

As you can see below, Goldman’s plans for dealing with the fallout from Smith’s book include:

The full memo is below. 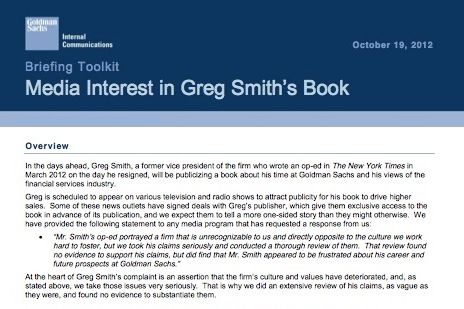 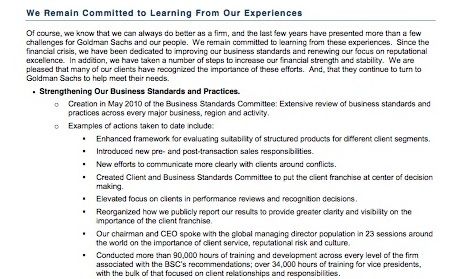 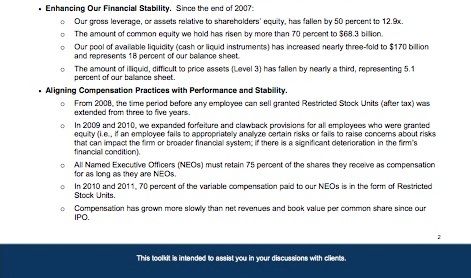 The Greg Smith vs. Goldman Sachs Death Match Is On