When you step off the train on your first visit to Coney Island next spring, it might look a little nicer than you remember. Upgrades planned before Hurricane Sandy devastated the area are still on track: The B&B carousel will be restored, and the now-defunct Steeplechase Plaza will be reopened. At some point during the season, the iconic parachute ride will be lit once more. Almost all of the Surf Avenue and Boardwalk businesses flooded by the storm will be back. But things won’t be exactly the same.

Take a stroll through Deno’s Wonder Wheel midway, wander up West 12th Street and drop into the Freak Bar, and you’ll notice an unusual veneer of shiny newness. Many of the antique tchochkes that haunted the neighborhood will be gone — an evolution that was already underway as the old Coney Island sheds its skin. Even before Sandy, change was underway.

The new Coney Island is still coming into focus as plans overseen by the Coney Island Development Corporation, soon to be replaced by the Alliance for Coney Island, get implemented. The city also has plans to remove the pedestrian bridge at the 8th Street subway station and renovate the boardwalk (possibly with a non-wooden alternative). It has also introduced a rezoning plan in order to court new businesses like Hooters. 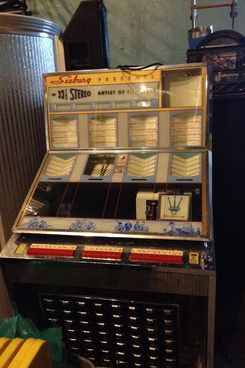 “I don’t think the storm is going to change the area’s culture, so much as accelerate the change,” said Dick Zigun, founder of the Coney Island USA art center and the unofficial mayor of the neighborhood. We sat on a bench in the empty shell of the Freak Bar. With the bar ripped out, the antique iron chairs removed for rehabilitation, and the ruined drywall stripped to four feet above the floor, the room felt bigger than usual. Next door Denny’s ice cream parlor, which Coney Island USA also owns, was a total loss. A new incarnation is planned.

“We were running the ice-cream parlor we inherited, and paid lip service that we were going to gut it and expand the art center. But the destruction of Denny’s accelerates the transformation,” Zigun said. After calling for suggestions on Twitter, Zigun settled on replacing Denny’s with a “white box” ballroom space, which will operate day-to-day as a miniature golf course starting next spring.

“I think that culturally, historically, Coney Island did survive,” Coney Island History Project director Charles Denson said. “Our most valuable artifacts survived, like the original toll house sign from Coney Island in the 1820s” and the Astroland archive, both of which were stored off-site. But Sandy depleted the neighborhood’s supply of interesting old junk.

The Shore Theater sign, blown apart by Sandy’s winds, has been taken down. The ancient, mechanical monsters and ghosts that once haunted Deno’s Spook-a-Rama shorted out in the flood and will be replaced with shiny new ones. The Scarface shooting gallery, where the pneumatic guns were totaled, will be reborn as a brand-new “haunted” shooting gallery. The vintage sixties jukebox at the Freak Bar is hanging on for dear life — it might be fixable once the jukebox repair shop digs itself out after the flood — but the pinball machine looks like a loss. A twenties-era pharmacy counter also bit the dust. “Although we’re going to be open and looking cool,” Zigun said, “I think we’re going to be looking too new.”

Aside from Denny’s, however, it looks like most if not all of the businesses in the amusement zone will come back, though few escaped damage. The Alliance’s Johanna Orozco-Zaki said “approximately 1,000 local businesses” were affected by the storm.

At MCU Park, where the Cyclones play, water rushed into the ground-floor offices and clubhouse, and flooded the field. But they’ve already dried most of it out, general manager Steve Cohen said: “Right now we’re optimistic that we’ll be okay one way or the other for opening day.” Nathan’s Hot Dogs, at Stillwell and Surf Avenues, incurred “significant damage,” the company said in a statement, but the landmark intends to open in the spring.

Williams Candy, where you buy caramel apples, candy-dipped marshmallows, and pistachio ice cream, lost inventory, scales and cash registers, but reopened five days after the storm. “I can’t close, I have a wholesale business. I close, I’m out of business,” owner Peter Agrapides said. Fortunately, the high shelves kept some inventory out of the water’s reach. But not all. “How much candy did we lose?” Agrapides asked an employee. “A lot, Mr. Pete.”

At the other end of the amusement strip, the Cyclone roller coaster survived thanks to its elevated boarding platform. Still, coaster aficionados next spring may notice 500 feet of shiny new track, thanks to a replacement that had already been scheduled, said Nicole Purmal, marketing manager for Central Amusements International, which also operates Luna Park and Scream Zone. “This isn’t a historic amount of loss for us,” Purmal said. “None of our rides disappeared or had anything break off.”

Businesses on the boardwalk fared better, as they were elevated above the standing flood. Ruby’s bar and Tom’s restaurant were open on a recent visit, as were Paul’s Daughter and Coney’s Cones. Most of the water that inundated the neighborhood flowed in from Gravesend Bay and Coney Island Creek, rather than over the boardwalk. “It looked like a tidal wave coming down Surf Avenue,” Agrapides said. Some of the old Coney Island patina has washed away for good.