As it became inevitable last night that Barack Obama would win back the presidency, the New York Post tweeted a nonsensical image of its next-day cover, comparing a democratically elected incumbent to a dictator, illustrated with a forced Photoshop job. Imagine our disappointment, then, when we scurried to the bodega this morning to grab a copy of the future collectible, only to find the far more tempered version on newsstands today, headlined “BARACK 4 MORE,” with nary an inaccurate historical allusion in sight. “The Post did not have live art of the President until early in the morning,” a spokesperson told Daily Intel. “When they got it, they changed.”

Here’s what ol’ Rupert Murdoch’s tabloid went with instead: 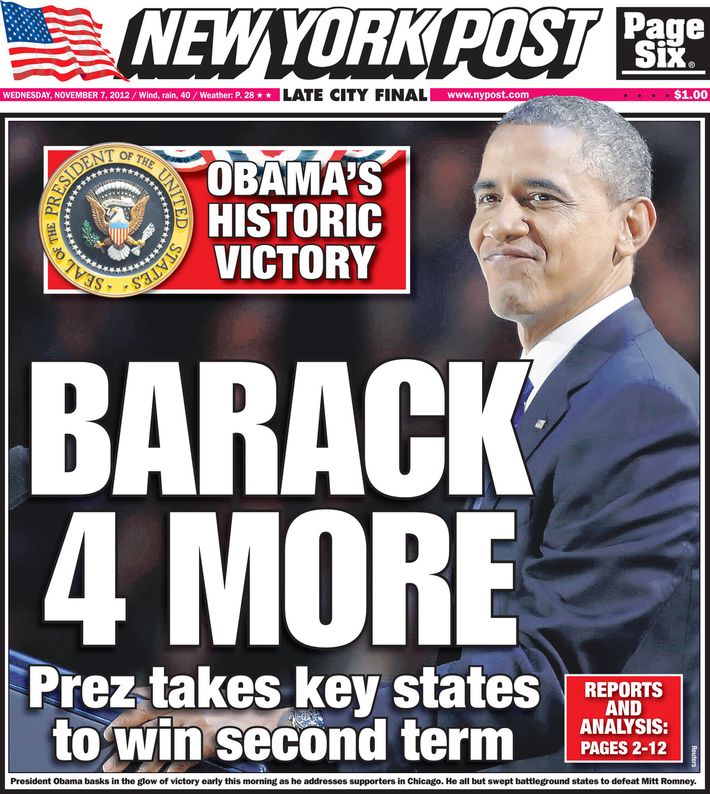 Surely it had nothing to do with mass head-scratching provoked by the first draft of history:

"WTF" was invented precisely for this sort of thing. businessinsider.com/new-york-post-…

The Post's headline writers totally throw in the towel when things don't go their way: businessinsider.com/new-york-post-…