After a campaign narrated as much by Twitter and memes as by pundits and analysts, Election Day 2012 naturally had its share of pop-internet commentary, dominated by President Barack Obama’s most popular tweet ever, hugging Michelle Obama after his victory. Unlike, say, Binders Full of Women, the election day memes were dwarfed by the actual news. But our coverage wouldn’t be complete if we didn’t bring you a list of the best, because these days, cat photos and Photoshop trinkets are the modern-day equivalent of “I like Ike” buttons. After the jump, a look at how the sillier side of the internet rocked the vote.

The president won the day on Twitter, as well as IRL: 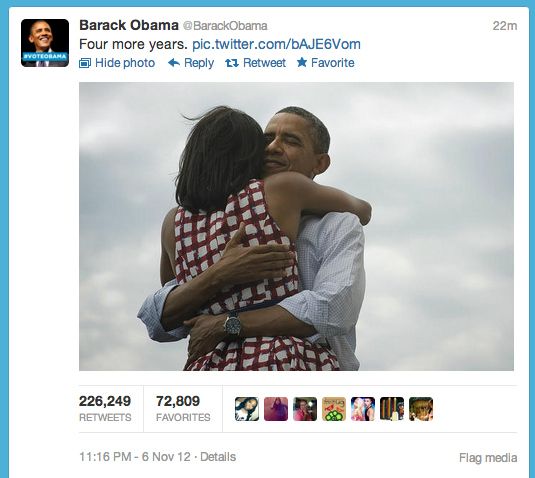 Our pets all voted, or at least got to wear the sticker: 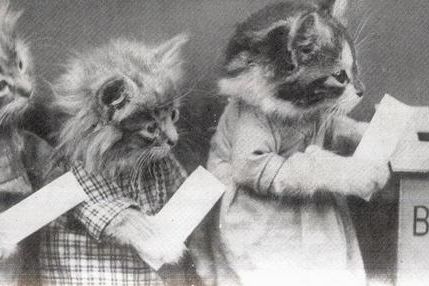 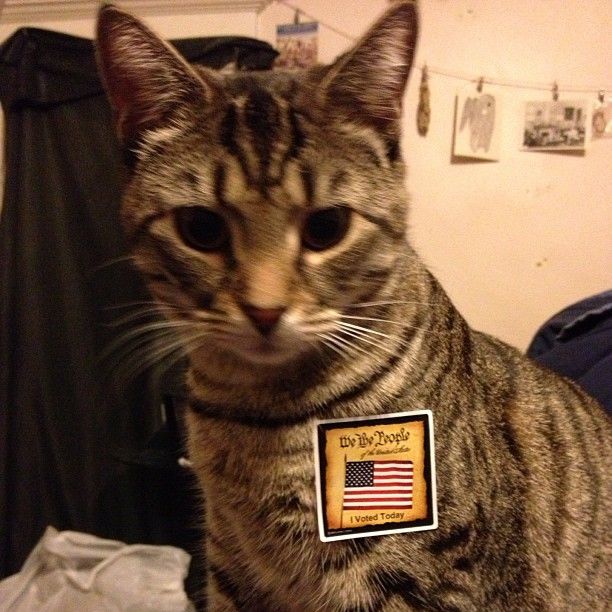 David Axelrod got to keep his mustache after he put it on the line to win Pennsylvania, Michigan, and Minnesota: 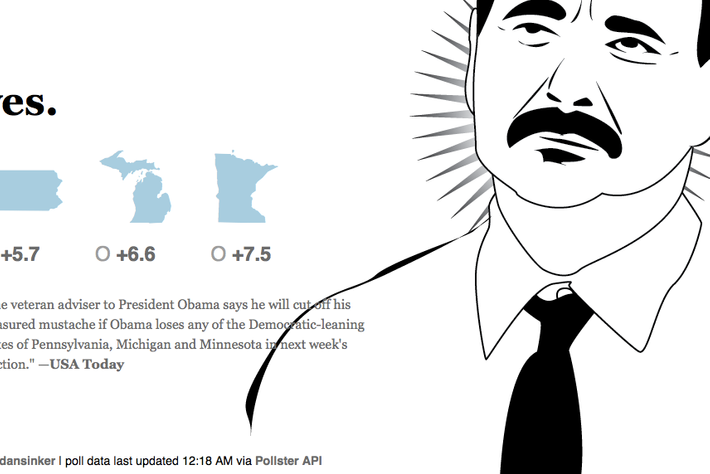 Todd Akin got a stern talking to: 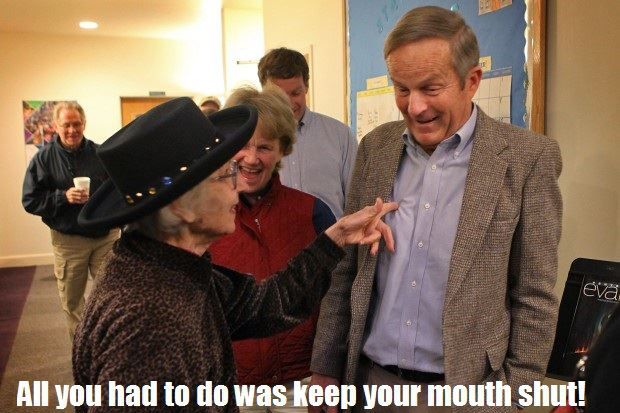 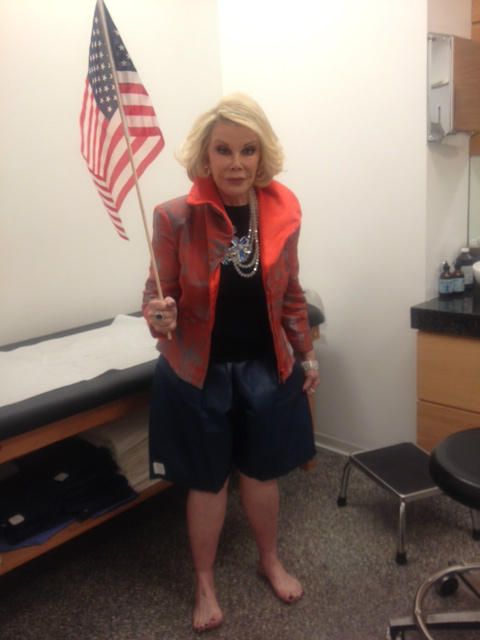 People sure wore some funny things to the polls, especially the Austin-American Statesman columnist who went as Big Bird: 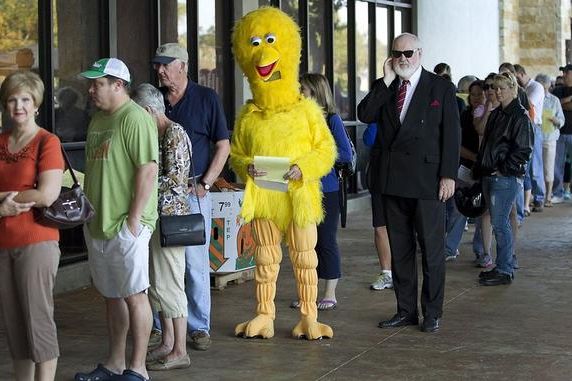 Is Nate Silver a witch? Maybe: 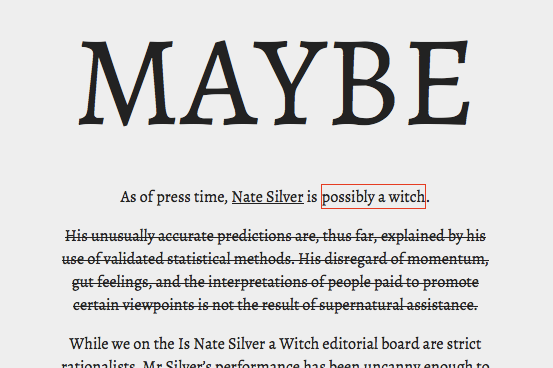