“People still need emergency help,” President Obama declared today on Cedar Grove Avenue in Staten Island, where he surveyed storm damage along with a posse of New York elected officials including Mayor Bloomberg, Governor Cuomo, and Senators Schumer and Gillibrand. “They still need heat. They still need power. They still need food. They still need shelter.” Obama’s visit did not provide nor guarantee any of those things. But what Obama did bring was hugs. Lots and lots of hugs.

He hugged people in a food distribution tent: 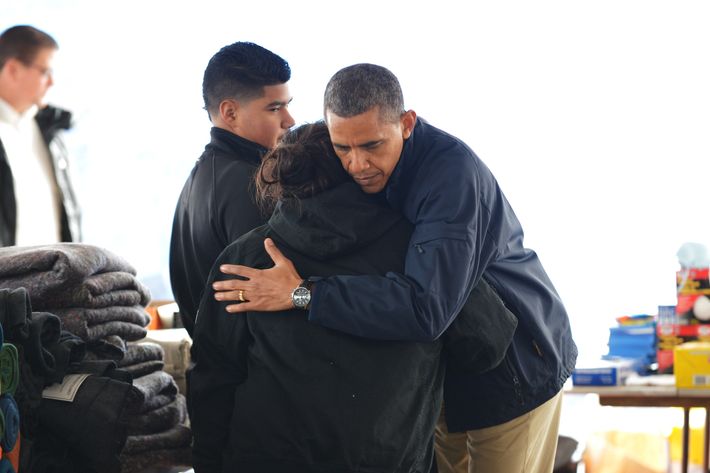 He hugged people on the street:

He hugged a FEMA Corp member: 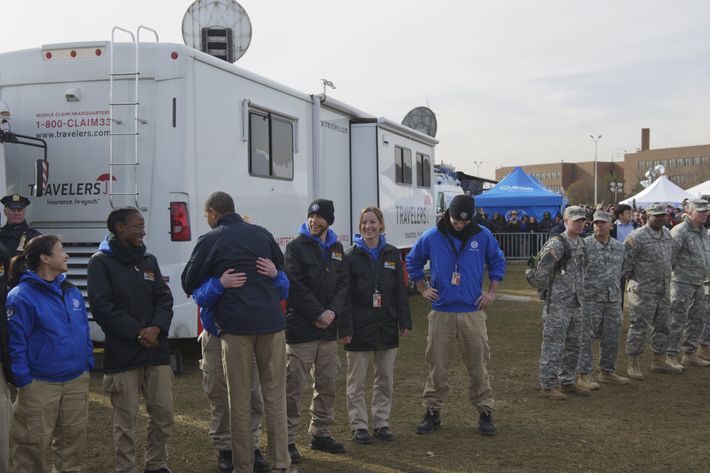 Also, while we don’t have a photo for you, the Times reports that when Obama met Police Commissioner Ray Kelly, “they exchanged handshakes and bear hugs.”

THE FEED
22 mins ago
hurricane ian
hurricane ian
Hurricane Ian Verges on Category 5 As It Hits Florida
By Intelligencer Staff
With 155-mph winds and ten-foot storm surges, the massive storm barrels into densely populated southwest Florida.
29 mins ago
announcements
announcements
Introducing Reread: Real Estate Mania, a New Newsletter Miniseries
By The Editors
Classic stories of the next hot neighborhood, the renovation that seemingly never ends, and the living situation that’s really too good to be true.
12:28 p.m.
2022 midterms
2022 midterms
Get Used to Close Elections With Huge Consequences
By Ed Kilgore
We may have entered a new era of political gridlock in which swing voters are scarce and evenly matched parties clash again and again.