Long before the popular vote had been finalized — we’re talking hours and hours, if not days — the world’s most celebrated village idiot, Donald Trump, took to Twitter to call for revolution because Obama had won the election without receiving the most votes. (Not long after, Obama took the lead in the popular vote.) For this wonderfully insane tirade — some of which has since been deleted, but which we have preserved in its entirety — Trump wins Daily Intel’s Election Night Most Unhinged Conservative Award: 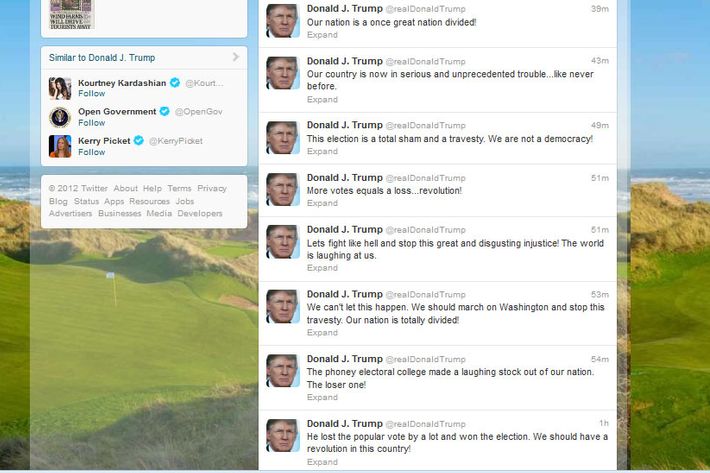 Our runner up, in case you were wondering, is SNL alum Victoria Jackson: